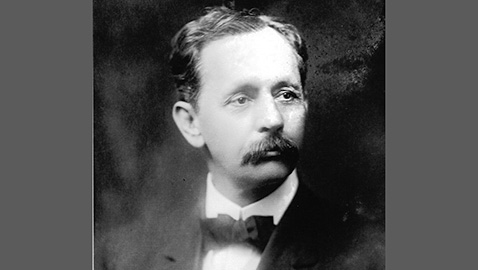 Tennessee’s senior United States senator, John Knight Shields, had surprised tens of thousands of his constituents and infuriated many members of his own Democratic Party when he had voted to add reservations to the Treaty of Versailles in the Senate.  The treaty was the culmination of months of torturous negotiations between the heads of several governments representing those countries that had fought with the allies against the German Empire and the Central Powers.  President Woodrow Wilson had personally represented the United States at the Paris Peace Conference, which began on December 13, 1918.  The Treaty of Versailles was the instrument through which the allied powers accepted the surrender of the German government, along with those countries that fought on the side of Germany.  Wilson was one of the “Big Four” of the Paris Peace Conference, which included the Prime Minister of Great Britain, David Lloyd George; Georges Clemenceau, the Prime Minister of France and Vittorio Orlando, the Prime Minister of Italy.

The treaty was hardly the only thing the peace conference gave birth to; it was the birthplace of the League of Nations, something President Woodrow Wilson fervently believed would banish war from the face of the earth.  The fight over the treaty and the fate of America’s participation in the League of Nations was fought inside the United States Senate.  Tennessee was represented by John Knight Shields, an East Tennessean, and Kenneth D. McKellar of Memphis.  Senator McKellar had first been elected in 1916, but he had served in Congress since 1911 and was an ardent admirer of President Wilson.  McKellar was the first U. S. senator from Tennessee to win his office through direct election by the people.  Senator Shields had been in the United States Senate since 1913 and was the last man to be elected to the Senate by the state legislature.  Shields had first faced the voters in 1918 and had been challenged inside the Democratic primary by Governor Tom C. Rye.  The governor was able, a good speaker and personally popular.  Rye also strongly backed the administration of Woodrow Wilson.  President Wilson frankly admitted to Senator McKellar he did not like John Knight Shields and had intended to write a letter for publication in Tennessee during the senatorial primary stating Shields was no friend to him or his administration.  Both Shields and McKellar immediately realized such a letter would cost the senator the primary election.  McKellar eventually pleaded with Wilson not to write and send the letter.  While the President made no commitment, he did not send any letter and John Knight Shields had beaten Governor Rye for the Democratic nomination for the U. S. Senate.  Once Shields had been reelected, McKellar asked Shields to go to the White House to thank the President.  McKellar was astonished when Shields snapped he would see Wilson in Hell first.  John Knight Shields was the only Democrat on the Senate Foreign Relations Committee who voted with the Republicans to add reservations to the treaty, a position that ignited a fiery response from many Tennesseans.

Amid calls for his resignation from the U. S. Senate, Senator Shields calmly said he was following his convictions and no amount of pressure from Tennessee would change his mind.  When Senator Gilbert Hitchcock of Nebraska, the Minority Leader of the Senate and ranking Democratic member of the Senate Foreign Relations Committee, issued a report urging immediate ratification of the treaty, he was joined by every Democrat on the committee save for John Knight Shields.  To those Democrats in Tennessee who were enraged by his failure to back the position of President Woodrow Wilson, who was adamantly opposed to any reservation being attached to the treaty, Senator Shields replied the Treaty of Versailles was not a partisan matter.

When Henry Cabot Lodge of Massachusetts, the Chairman of the Senate Foreign Relations Committee and a Republican, moved to postpone voting on amendments to the treaty for one week, the committee divided along partisan lines.  John Knight Shields managed to outrage his fellow Democrats even further when he was absent from the committee meeting.  One hotly contested amendment to the treaty and possible American participation in the League of Nations was sponsored by Republican Hiram Johnson of California.  A progressive Republican, Johnson was highly wary of foreign entanglements; later he would become one of the leading isolationists in the U. S. Senate.  The substance of Senator Johnson’s amendment equalized the voting power of the United States with that of Great Britain in the League of Nations.  A newspaper poll showed 48 senators favoring the Johnson amendment, with 47 opposed.  To the horror of President Wilson’s supporters, John Knight Shields could be the deciding vote.  The Nashville Tennessean wailed, “A careful poll of the situation by the leaders tonight shows that Senator Shields will probably hold in his hands the fate of the League covenant and the treaty.”  Despite Shields having voted for the Johnson amendment in committee, both sides were hoping to get his vote when the full Senate finally voted.

The Livingston Enterprise complained in an editorial, “So great is the disapproval of his constituency over Senator Shields’ attitude on the peace treaty that a movement has been started to demand his resignation.  Had the people of Tennessee known what his attitude would be when he was a candidate for re-election, it would not now be necessary to take this step.”

The Nashville Tennessean was similarly appalled when Senator Shields “curtly refused” an invitation from the Knoxville chapter of the League to Enforce Peace for a meeting.  The letter sent by Senator Shields declining the invitation was less brusque than matter-of-fact.  Shields wrote that, “While I do not underrate the wisdom or patriotism of the members of the Knox County branch of the League to Enforce Peace…” that he had reached his own conclusion after careful study.  Shields acknowledged he was faced with casting his own vote in the Senate and had “no disposition to evade or pass it to others.”  Shields said he was “always glad to have the counsel of my constituents and to discuss with them public questions, but of course in the end I must act upon my own judgment.”

John  Knight Shields took to the floor of the United States Senate to say that he would not support the proposed amendments to the treaty referred to as the “Shantung amendments.”  Those amendments dealt with the rights of Shantung in China and Shields dismissed them as of little importance to Americans.  “The United States is not interested in it,” Shields said.  Senator Shields said adopting the Shantung amendments would be a violation of America’s traditional policy not to interfere in the affairs of other nations.  Shields came to the climax of his speech when he said, “I am unwilling to support a treaty which, by the remotest implication or possible construction, authorizes a super-government or a council of foreign nations to interfere with and control our internal affairs and domestic relations of any character, sacred rights, cherished by all nations and now secured to them by both national and international laws.

“I will not consent to the British Empire having six votes in the League of Nations to the one vote of the United States,” John Knight Shields barked.  “I have too much pride in my country and too much respect for its flag to approve any treaty that concedes precedence to Great Britain or reduces it to political equality at home or abroad with a colony or subordinate division of that empire.”

When the Shantung amendment came to the Senate floor for a vote, John Knight Shields joined Kenneth McKellar in voting against it.  Three Democrats joined thirty-two Republicans in supporting it.  Fourteen Republicans banded together with forty-one Democrats to oppose it.  The amendment lost 55 – 35.

For Tennessee Democrats who were furious with John Knight Shields for his apostasy against the Wilson administration and the League of Nations, the worst was yet to come.  Wilson, in an effort to win over the American people, had made a cross-country speaking tour on behalf of the League.  While in Pueblo, Colorado, Wilson had suffered a debilitating stoke.  The stroke was severe and the President’s train hurried back to Washington, D. C. and the White House.  Edith Bolling Wilson, the President’s wife, and his physician, Dr. Cary Grayson, successfully kept Wilson’s conditions from the American public and Congress.  Wilson was paralyzed on his left side and quite nearly died.  In truth, the stricken President could not perform his duties.  Much of the business to be transacted by the White House simply came to a halt.

John D. Erwin, the Nashville Tennessean’s Washington correspondent, wrote in his column “Under the Big Dome”, a discussion by members of the Senate’s Foreign Relations Committee.  The senators were concerned about President Wilson’s condition.  Henry Cabot Lodge wanted to ask the President to convey certain information about the “Shantung controversy” to committee members.  One Democratic senator complained it was “not in good taste” to ask such things “while the President is ill.”  Senator Williams proposed postponing the matter until the President was well “and is able to attend to his duties in the usual manner.”  Senator Albert B. Fall of New Mexico snapped, “If you entertain such an opinion, why do you not make a motion for a recess of the Senate until the President has recovered?”  It was then Senator John Knight Shields, a former Justice of the Tennessee State Supreme Court, wondered, “Does not this raise the question of the President’s disability under the Constitution?”  Oddly, according to John D. Erwin, Senator Shields’ comment was ignored by the rest of the committee at the time.  Democratic senators were dismayed and angry that Shields would be the first member of the United States Senate to suggest Woodrow Wilson might be incapacitated and could not function as President of the United States.  Erwin thought Shields’ comment was ignored by the Republican senators because of the “impropriety of the attitude of the Tennessee Senator and refused to follow his lead.”  It was only a matter of time before Republicans would be asking the same thing and send a two man delegation to the White House to see just how ill Woodrow Wilson might be.

Yet John Knight Shields was able to hold his own in the debates.  Referring to the provision of the treaty which he contended gave Great Britain six votes in the League of Nations as compared to only one for the United States, Senator Shields snapped, “The American people will never approve a thing so unpatriotic and so degrading and humiliating.”  Shields offered an amendment to the treaty of his own, a substitute for the Johnson amendment, which stated any federal or imperial government may “collectively have only one membership, one delegate and one vote in the council . . . three delegates and one vote in the assembly.”

As the Senate wound its way through the complexity of numerous amendments, the Nashville Tennessean lamented, “Shields Continues to Side With Republican Opponents of the League.”  Doubtless some Democrats were relieved when John Knight Shields was confined to his apartment in Washington’s Shoreham Hotel with a severe cold.  Evidently, Shields became ill while laboring over a speech he intended to give in the Senate.  Shields had completed his speech, which he promptly had delivered to the office of the public printer, requesting 50,000 copies be made.  Senator Shields intended to mail copies of his speech to people in Tennessee.

Clearly, John Knight Shields did not intend for the newspapers to have the last word on the League of Nations fight.