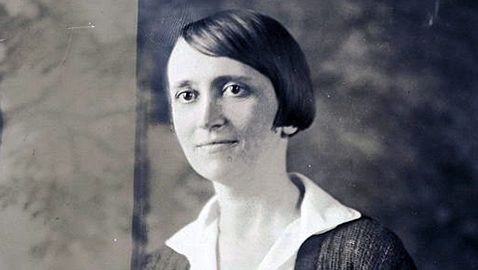 By Ray Hill
It has been 100 years since Tennessee ratified the Nineteenth Amendment to the Constitution, which gave women the right to vote in our country.  It seems appropriate to celebrate the occasion in these pages.

The U.S. House of Representatives made it possible for Tennessee to consider ratification of the Nineteenth Amendment to the Constitution when it passed Women’s Suffrage legislation on May 21, 1919.  The Senate followed with its own approval a few weeks later and Tennessee’s Kenneth McKellar was one of sixty-six senators voting for it.  John Knight Shields refused to vote.

If anything, McKellar became more vocal in his support for giving women the right to vote.  The senator had become acquainted with one of the leading suffragettes of the time, Sue Shelton White.  Miss White was a native of Tennessee and a lawyer, which was highly unusual for the time.  Sue Shelton White was a militant suffragette, participating in the incineration of President Woodrow Wilson’s effigy outside the White House in 1919.  Miss White was one of thirty-nine women arrested on February 9, 1919 and was taken to jail and given a sentence of five days in prison.  Unrepentant, Miss White and her fellow prisoners immediately went on a hunger strike.  Sue Shelton White was the only woman from Tennessee to be jailed for her suffrage work.

Sue Shelton White had been raised somewhat unconventionally for the time in which she lived.  Miss White’s mother had refused to join her husband’s church once they were married.  It was all the more surprising considering James White was a minister.  Perhaps equally shocking for that time was Mary White not abandoning her teaching career.  Sue Shelton White’s father died when she was a girl of six, leaving his widow Mary to provide for five children.  When Sue White was fourteen, her mother died and she went to live with an aunt.  At sixteen, Sue Shelton White took some college courses and eventually attended West Tennessee Business College.  Sue White became the stenographer and clerk for the Southern Engine and Boiler Works in Jackson, Tennessee.  In 1907, Sue White’s sister resigned as the court reporter for the Tennessee Supreme Court in Jackson and she eagerly filled the job until 1918.  Enterprising, Sue Shelton White also started her own stenographic business.

Sue Shelton White was one of the leading lights in the women’s suffrage movement and lobbied relentlessly for ratification of the Nineteenth Amendment by the Tennessee legislature.  White kept in close touch with K. D. McKellar, advising the senator of who to contact or suggesting whom he could influence to support giving women the vote.  McKellar sent Miss White a telegram telling her he would arrive in Nashville “within a few days” and would “do everything possible to have the legislature ratify” the Constitutional amendment giving women the right to vote.  Miss White readily admitted, “We have counted on Senator McKellar’s help from the first.”  Sue Shelton White reminded a reporter McKellar had spoken before the Delaware state legislature urging ratification of the amendment and had even braved a snowstorm to help in Maryland.  Miss White added McKellar’s presence in Nashville “will add greatly to our chances for success.”

McKellar led other prominent lawyers to call for ratification of the Nineteenth Amendment, including Charles T. Cates, once Tennessee’s attorney general, and James A. Fowler, a highly respected Republican from Knoxville, who had served as a special attorney in the national Attorney General’s office in Washington, D. C.  A delegation of Tennesseans opposed to ratification was led by West Tennessee congressman Finis Garrett, while Major E. B. Stahlman, publisher of the Nashville Banner, spoke against ratification of the Nineteenth Amendment before the state legislature.  Stahlman’s Banner and the Chattanooga Times were the leading daily newspapers in Tennessee opposed to women’s suffrage.

Finis Garrett was hardly the only member of Tennessee’s Congressional delegation opposed to suffrage for women.  Congressman John A. Moon of Chattanooga and Cordell Hull were also opposed to giving women the right to vote.  Hull, as a member of the Democratic National Committee, joined Virginian Carter Glass in opposing a resolution urging congressional Democrats to support the women’s suffrage amendment.

Tennessee’s governor at the time was Albert H. Roberts, who had been elected in 1918.  At the very least, Governor Roberts was indecisive on the issue of women’s suffrage.  Not surprisingly, Roberts was reluctant to call the legislature into special session to allow a vote on ratification of the Nineteenth Amendment.  Finally, the pressure became too great to bear and Governor Roberts issued the call for a special session of the Tennessee General Assembly.

The Shelby County delegation to the state legislature were unreservedly for women’s suffrage as was Edward H. Crump, leader of the Shelby County political organization.  C.P.J. Mooney, editor of the Memphis Press Scimitar, was also a supporter of women’s suffrage.  As the fight for ratification had placed a national spotlight on Tennessee, those lobbying for and against descended upon Nashville.  Apparently, those opposed to ratification had considerable financial resources at their disposal.  The suffragists were not so well off, having to constantly seek small contributions to support their cause.  The women enlisted the aid of men to help pass ratification of the Nineteenth Amendment and a committee was duly formed with former governor Tom C. Rye at its head.  Senator McKellar, E. H. Crump, former governor Ben Hooper, a Republican, and editor C.P.J. Mooney were also members of the “Men’s Ratification Committee.”  With Senator McKellar’s arrival in Nashville to join the fight came letters and telegrams from those constituents unhappy with his stance.  A preponderance of that correspondence seemed to come from Middle Tennessee, many of whom stressed the importance of States’ Rights.  McKellar spoke at a hearing of the legislature on August 12, 1919 on behalf of ratification and was much pleased when the State Senate passed the amendment 25 – 4.  The battle in the House of Representatives was to be much harder.

Joseph Hanover, a thirty-year-old legislator from Memphis, led the fight for ratification in the House and later recalled it was an emotional one.  Hanover endured threats upon his life, innumerable insults, and attempts to intimidate him.  Governor Roberts became so concerned about Joe Hanover’s personal safety he ordered the young legislator be escorted by a Nashville police captain at all times.  Years later, Hanover said in an interview the opposition to ratification and was as simple as some men fearing they could not control their spouses if women were granted suffrage.

Some special interests sided against ratification, two of the most powerful at the time were the liquor lobby and the railroads.  Major E. B. Stahlman’s Banner was the voice of the opposition to ratification, but even he and his newspaper were handicapped by Mrs. Stahlman, who supported suffrage for women as strongly as her husband opposed it.  Mrs. Stahlman proved to be a valuable source of information for pro-ratification activists.

Just about everybody believed the vote for or against ratification in the House would be close and members cancelled vacations and at least one member recovering from an operation was carried into the House Chamber on a stretcher.  Speaker of the House Seth Walker, an attorney with close ties to the railroads, tried to delay consideration and surprised nearly everybody when he demanded the ratification resolution be tabled.  The House Chamber broke into pandemonium with Walker banging the gavel for all he was worth and insisting upon a recount.  Finally, the motion to table was defeated when the vote tied at 48 – 48.  A second ballot saw the same result.  That was when a young legislator from Mouse Creek in McMinn County, Harry Burn, a Republican, changed his vote, making the tally 49 in favor and 47 opposed.  Speaker Seth Walker quickly changed his own vote, making it 50 votes for the ratification resolution.  It had been Walker’s intention to provide the fiftieth vote in order to move a motion to reconsider, but as it turned out, the Speaker had outsmarted himself.  The motion had passed.

The torrent of abuse that had rained down upon Joseph Hanover now washed over young Harry Burn.  One accusation was the twenty-four year-old Burn was the recipient of a large bribe.  Senator McKellar immediately denounced the notion as both untrue and just plain “silly.”  McKellar pointed out when Hanover had begged Burn to change his vote, it was “said in the presence of a number of prominent people, among whom was Mrs. Leslie Warner whose name is the very synonym of all that is honorable, and she says Mr. Hanover’s words and actions in the matter were absolutely flawless.”

A motion to reconsider by the House was heard and defeated 49 – 9, as thirty-six legislators had scurried off to Alabama in the hopes of preventing a quorum.  Those against ratification knew they were beat and when Representative T. J. Riddick of Memphis moved to send the Senate the ratification resolution, the House didn’t even bother with a recorded vote, but rather instead held a voice vote.

Governor A. H. Roberts promptly signed the resolution passed by the Tennessee General Assembly and mailed it to U. S. Secretary of State Bainbridge Colby on August 24, 1920.  Two days later, Secretary Colby declared the Nineteenth Amendment added to the Constitution of the United States.

There were political repercussions for many of Tennessee’s politicians.  Tennessee voted for Republican Warren G. Harding for president in a GOP tidal wave.  Women folk did not forget some of the Democrats who had opposed women’s suffrage.  Governor A. H. Roberts lost to Republican Alf Taylor; Congressmen John A. Moon, Cordell Hull and Democratic nominee Gordon Browning were all defeated by GOP candidates.  Senator Kenneth McKellar went on to become Tennessee’s longest serving member of the U. S. Senate and enjoyed strong support from women throughout much of his long career.  Many women in Tennessee never forgot McKellar’s support.

McKellar became one of the first senators to employ a woman as his chief of staff; the senator hired Sue Shelton White as his chief assistant in 1920.  Miss White ran the Washington office for Senator McKellar from 1920 – 1926 when she quit.  Sue Shelton White returned to Jackson, Tennessee to practice law for a while before returning to work in Washington, D. C. for the Democratic National Committee.  Eventually, Miss White worked for the election of Franklin D. Roosevelt to the presidency and was hired by the National Recovery Administration.  Miss White finally went to work as an attorney for the Social Security Administration.

Sue Shelton White continued working for Franklin Roosevelt’s New Deal government until she was stricken with cancer.  Sue White had maintained a home in Alexandria, Virginia with her long-time friend Florence Armstrong.  The two lived in a comfortable Cape Cod style brick home.

Sue Shelton White died on May 6, 1943.  Miss White’s remains were cremated and friends gathered for the final funeral rites at 10:00 a.m. on the Saturday following her passing.

A bust of Sue Shelton White has been placed in the City Hall Plaza of Jackson, Tennessee as a remembrance of a determined and great lady.