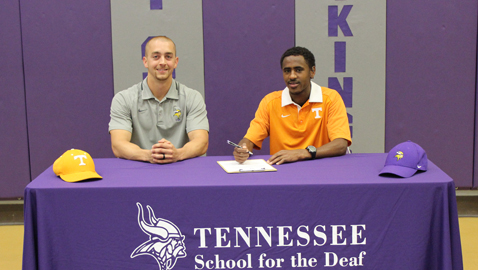 Karns High product Devin Harper will start out on the defensive side of the ball when preseason camp opens at Oklahoma State University, but those who saw him run the football in a Week 2 win over South-Doyle last season know he’s a pretty good offensive player, too.

Harper broke loose for 345 yards and four touchdowns on 25 carries in a 48-28 win over the host Cherokees that night. Longtime assistant coach Rick Cathey, who has been at Karns for 37 years, believed it to be a single-game school record for rushing yardage.

“Looking back at that game, it was probably one of the best performances I have seen by a running back,” recalled Tobi Kilgore via e-mail last week. Kilgore was then the head coach as Karns recorded its first win since 2013. He’s now the school’s athletic director.

“Devin carried the team on his back . . . We knew Devin was special, but that night a lot of people saw why he is at Oklahoma State. He is an unreal talent and his football speed is the fastest I have been around especially with his frame.”

The 6-2, 220-pound Harper, Karns’ male Student-Athlete of the Year for 2015-16, already is in Stillwater, having reported June 1. When contacted by phone last week, Devin said he was taking two summer classes, playing some 7 on 7, lifting weights and running in preparation for the upcoming season.

Harper reportedly committed to OSU as a linebacker. He said he will start out on defense when camp opens but indicated he may get a look on offense, too.

“I don’t care where I play to be honest,” he said.

As for being named KHS’ Student-Athlete of the Year, Devin said, “I’m grateful … and I’m also thankful to the coaches for pushing me to become who I am.”

Harper was All-District and All-KIL in football and selected for the Toyota East vs. West All-Star Game. He also was voted the District 3-AAA Player of the Year in basketball and All-Region as he led Karns to the Sectional round.

“Devin is an amazing athlete and better person,” said Kilgore. “He will do great things athletically and academically at Oklahoma State.”

Duhamel and Holmes are TSD honorees

Gashaw Duhamel, the first-ever Division I student-athlete from Tennessee School for the Deaf, and three-sport junior standout Amber Holmes are TSD’s Student-Athletes of the Year for 2015-16.

Duhamel, the school’s valedictorian, signed to run cross country and track at the University of Tennessee.

Last fall Duhamel ran for Oak Ridge High School’s cross country team as part of the TSSAA’s co-op program and his 10th place showing (16:20.1 over the 5K course) at the Class AAA state meet led the Wildcats to second place in the team competition.

In volleyball and basketball, Amber was All-District 2-A, an All-Mason Dixon tournament honoree and team captain of the Lady Vikings. She also was her team’s MVP in volleyball and Defensive Player of the Year in basketball.

Holmes was silver medal recipient in the 800-meter run at the Berg-Seeger meet and received the Troy Haydon Award as the TSD girls track team MVP. She also ran the 100, 200 and 400.

Sophomore Lily Horton and junior Caleb Bethel have been named Concord Christian School’s Student-Athletes of the Year for 2015-16.

Horton stood out in basketball and softball, while Bethel contributed significantly in football and soccer.

Said CCS Athletic Director Tom Franklin: “Lily is a team player that plays with determination and is a fierce competitor. Caleb is passionate and has a strong winning attitude. He is a top-ranked field goal/PAT kicker.”