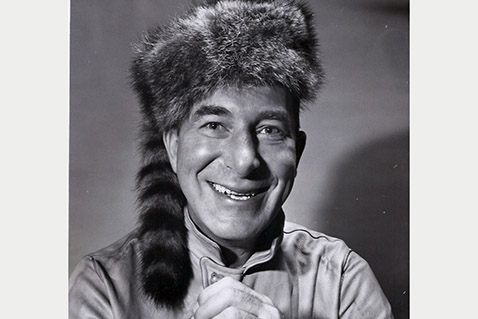 Republicans across the nation confidently expected to win back the White House after sixteen long years out of power. The GOP had won both houses of Congress in the 1946 midterm elections. The Republican National Chairman at the time was a Tennessean: Carroll Reece. Then a sitting congressman who had been in Congress since 1920 with one two-year hiatus, had given up his seat in the House of Representatives to devote all his time and energies to being chairman of the Republican National Committee. Carroll Reece presided over the

Republican National Convention in Philadelphia. Reece took pains to remain aloof from the contest for the GOP presidential nomination between New York Governor Thomas E. Dewey and Ohio Senator Robert A. Taft and former Minnesota chief executive Harold Stassen. Dewey won the nomination once again (he had been the Republican presidential candidate in 1944 against Franklin D. Roosevelt) and the New Yorker eased Reece out of the RNC. Carroll Reece was a warm personal friend of Senator Bob Taft as well as quite conservative. Dewey installed his own chairman of the Republican National Committee, Congressman Hugh Scott of Pennsylvania. Ironically, Scott kept his seat in the House of Representatives without much complaint while Reece voluntarily retired.

At the time, it seemed a certainty Tom Dewey would beat Harry Truman for the presidency; likewise, it seemed a sure thing the Republicans would have opportunities to win states that had been traditionally in the Democratic column, like Tennessee. The national Democratic Party was hopelessly divided on the left and the right. Former Vice President Henry A. Wallace was running to Truman’s left as the candidate of the Progressive Party while South Carolina Governor Strom Thurmond was running as the candidate of the States’ Rights or “Dixiecrat” Party. The Democratic Party in Tennessee was badly fractured from a bitter primary fight for both the nominations for governor and U.S. Senate. Reece saw an opening to win a seat in the United States Senate and came home to Tennessee.

Tennessee Republicans, like most national Republicans, were enthused and fielded perhaps the most potent statewide ticket in decades. Roy Acuff, even then a legendary entertainer and star of motion pictures, the radio (then the primary medium), and the Grand Ol’ Opry, was the GOP candidate for governor on the ticket with Carroll Reece. Acuff’s star power had stunned Tennessee Democrats as the Republican ticket traveled as part of a roadshow caravan moving methodically across the Volunteer State. The crowds numbered well into the thousands. Roy Acuff usually said a few words, then Carroll Reece would do the speech-making and afterward, Acuff and his Smoky Mountain Boys would entertain the crowd. Democrats insisted the big audiences came for the country music, but they were nervous.

The Democratic nominee for the governorship and the United States Senate had won surprising victories inside the Democrat primary. Gordon Browning had been governor from 1937 – 1939 when he had been badly defeated in his reelection campaign. Browning had initially been elected with the support of E. H. Crump, leader of the Shelby County political machine. Browning made a remarkable political comeback a decade later by beating incumbent Jim Nance McCord. It was Jim McCord who finally persuaded both the legislature and a very reluctant Ed Crump to support the imposition of a sales tax in Tennessee to aid education and provide free textbooks for children. While Tennesseans may have liked some of the benefits brought about by the sales tax, they did not like actually paying it. McCord was roundly beaten by Browning.

Congressman Estes Kefauver of Chattanooga had begun the race for the United States Senate as an underdog. Virtually unknown across Tennessee, Kefauver owed his election to Ed Crump, not because the Memphis Boss backed him, but rather because Crump refused to support the incumbent, Senator Tom Stewart. For whatever reason, Crump had thrown his support to an obscure judge of the Circuit Court from Cookeville, John A. Mitchell. Crump’s personal friend and political partner, Tennessee’s senior United States senator, Kenneth D. McKellar, worried the Memphis Boss was creating an opening for Kefauver and was highly skeptical Mitchell could win the primary. McKellar was right and it turned out to be perhaps the greatest mistake of Crump’s long political career. Stewart insisted upon running and ran far better than Crump’s candidate, Judge Mitchell, but Kefauver won a plurality of the vote and the Democratic nomination.

Crump’s unhappiness with the state ticket was no secret nor was his distaste for Harry Truman. Rumors circulated throughout the Volunteer State the Memphis Boss would bolt the ticket or secretly help the Republicans win the fall election. Then came the announcement Crump was throwing his support to Dixiecrat presidential candidate Strom Thurmond. Republican hopes in Tennessee began to rise even higher.

Local Republicans reported from their localities GOP prospects were excellent for victory in the general election. David Hanover of Memphis thought the GOP would carry Crump’s Shelby County. “We expect to poll 50,000 votes down here,” he reported. Maynard Tipps of Tullahoma quoted senatorial nominee Carroll Reece as saying Tennessee’s Fifth District was “in the best shape of any in the state”, which seemed highly questionable as it ignored the two solidly GOP districts in East Tennessee and how strongly Democratic the district was.

Senator Bob Taft, “Mr. Republican,” came to Nashville to campaign for Reece and Acuff. Taft spoke at a GOP rally, which was broadcast nationally over the radio. Taft was very critical of President Truman’s foreign policy and endorsed his friend Carroll Reece. “Here in Tennessee,” Taft told his audience, you have an opportunity to vote for Carroll Reece, who will carry weight in the councils of the Republican party. He is a Tennessean who has always had the interests of Tennessee at heart.” Taft joined Reece and Acuff at the home of Mr. and Mrs. Charles H. Smith, Jr. on Kingston Pike for lunch in Knoxville. That same night Carroll Reece and Roy Acuff held a rally at Chilhowee Park which Sherlock Hope, a reporter for the Knoxville Journal wrote drew a crowd “impossible to estimate.” Yet such crowds are always estimated and the rally in Knoxville drew wild guesses from 8,000 to as many as 30,000 people. An equipment truck in the Reece – Acuff caravan broke down, which delayed the entertainment portion of the program, but the mammoth rally drew local Republicans, including Second District congressman John Jennings, Jr., who called for the election of the entire GOP ticket. Reece refuted Estes Kefauver’s assertion the Republican was no friend of the Tennessee Valley Authority.

“When TVA was created, my opponent was in his swaddling clothes,” Carroll Reece joked. “The record shows that I have voted consistently for every TVA project since it came into being.”

Roy Acuff told the vast audience if elected governor, he would continue as a member of the Grand Ol’ Opry, noting “there’s nothing in the state constitution that says a governor can’t fiddle a little on Saturday night.”

The Nashville Tennessean was the primary newspaper organ in the state supporting Estes Kefauver and publisher Silliman Evans continued to pound Carroll Reece at every opportunity. An editorial in the Tennessean claimed Reece was needed in Washington, D. C. not by the people of Tennessee, but rather by Robert E. Smith, who was “well known in Washington as a lobbyist for the private power utility interests.” Smith had signed his name to a letter warning insurance policyholders Carroll Reece was needed in Washington lest their policy premiums skyrocket. The Tennessean derided the “Policyholders Protective Association” as “a phony organization with an extensive mailing list and plenty of money with which to buy stamps and stationery.”

Estes Kefauver campaigned in Dayton, Tennessee where he pledged to continue to support the “Democratic Administration’s” farm program policies. Kefauver also lit into Carroll Reece’s record as a congressman once again. Kefauver charged Reece with having voted against “incentive payment for soil conservation, against the continuation of parity payments, against additional appropriations for rural electrification” and much of the rest of the Democratic program. Kefauver, a prodigious personal campaigner, moved through Copperhill, Cleveland, Ducktown, Benton, Etowah and Athens in his own Third Congressional district in a single day. At the same time, Carroll Reece and Roy Acuff campaigned in Decatur, Dunlap and Pikeville.

Congressman Kefauver continued to hammer home Reece’s opposition to many New Deal programs, many of which had been quite popular with Tennesseans. As Kefauver toured through his own congressional district, he was accompanied by James B. Frazier Jr. son and namesake of a former governor and United States senator. Frazier was the Democratic nominee for Congress to succeed Kefauver in the Third District. Kefauver detailed the “no” votes cast by Carroll Reece as a member of Congress, scoring his GOP opponent for having voted against amending the Neutrality Act in 1939 as “war clouds gathered” and despite the fact the legislation was needed “to prevent the Nazis and the Fascists from over-running the world.”

“And the three months before we were attacked at Pearl Harbor, they asked that selective service be continued. And how do you think my opponent voted?” Kefauver asked his audience. “Once more he voted no – – -he was willing to disband our army and navy at a time when every thinking man must have known that in view of the threats that had been made against us, it was absolutely necessary that we maintain our defenses.

“I predict that on Nov. 2 the people of Tennessee will vote a final and overwhelming ‘no’ to Mr. Reece’s request that he be sent to the United States Senate.”

The Knoxville News-Sentinel supported Congressman Estes Kefauver for the U. S. Senate and published an editorial in mid-October entitled “The Dismal Record of Carroll Reece.” “We shudder to think what would have happened to the United States if the entire Congress had shared Reece’s views during the years he allegedly represented the First District,” the editorial stated. The newspaper speculated it was entirely “possible” the United States would have lost the Second World War had a majority of the Congress shared Carroll Reece’s political views. “Certainly, if all the Congress had shared Reece’s views, we would be farther along toward losing the peace than we are today,” the Sentinel intoned. The editorial endorsed Congressman Estes Kefauver for the Senate. “In the long run, what is best for the country is best for both political parties. Even in the short view, the Republican Party would gain more than it will lose through the defeat of Reece and the election of Kefauver,” the Sentinel claimed. “For should the Republican Presidential candidate carry the nation, as all the polls indicate he will, he will find Kefauver more closely akin to his views and policies than the reactionary and discredited Reece.”

In Winchester, Tennessee gubernatorial candidate Gordon Browning told an audience, “If I had nothing but TVA to make up my mind on, I would have ample reason for supporting the party that had the vision to create TVA and to fight its later battles against all comers.” Browning praised Kefauver as “a young and vigorous but also a tried and veteran friend of TVA” which brought loud cheers from the crowd.

Campaigning in McMinnville, Carroll Reece shot back, “The left-wing crowd with which my opponents runs has made an intensive drive for the younger men and women and, unfortunately, they have in the past achieved a measure of success.

“I don’t know of any group in our society that should be more opposed to this collectionist movement than the younger people,” Reece concluded.

As the general election in Tennessee headed into its final weeks before voters trooped to the polls, both parties and all the candidates worked feverishly as they approached the finish line.