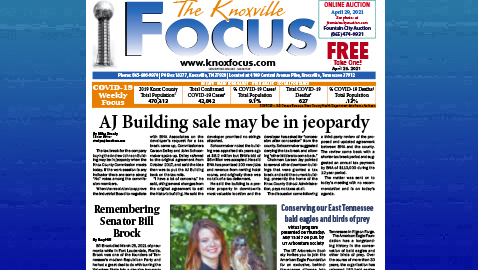 Bill Brock died March 25, 2021 of pneumonia while in Fort Lauderdale, Florida.  Brock was one of the founders of Tennessee’s modern Republican Party and he had a great deal to do with turning the Volunteer State into a genuine two-party state.

Brock was the grandson and namesake of William E. Brock, the candy king who invented the chocolate covered cherry.  William E. Brock also served in the United States Senate following the death of Senator Lawrence D. Tyson.  The elder Brock was appointed to fill the vacancy by Governor Henry Horton and was elected by the people of Tennessee to serve until the term expired in March of 1931.  Senator William E. Brock was a Democrat.  So, too was the younger Brock until he returned to Chattanooga after a stint in the United States Navy.  Bill Brock became a Republican and worked for Richard Nixon who carried Tennessee in the 1960 presidential election.

In 1962, Bill Brock was the GOP nominee for Congress and was mostly regarded as a sacrificial lamb against the popular incumbent, James B. Frazier, Jr.  Congressman Frazier was the possessor of a famous name in Tennessee politics as well.  Frazier’s father, James Beriah Frazier had been governor of Tennessee and United States senator.  The younger Frazier had been U. S. attorney for the Eastern District of Tennessee from 1933 – 1948 when he resigned to run for Congress.  Frazier was elected to succeed Estes Kefauver when the latter ran for the U. S. Senate in 1948.  Congressman Frazier had been defeated narrowly for the Democratic nomination by a young, liberal attorney, Wilkes Thrasher, Jr.

Brock was even more conservative than Jim Frazier had been and many of the congressman’s supporters opted to support the Republican candidate rather than the Democratic nominee.  Brock won the election and while Democrats sought to beat him in 1964, the young congressman won decisively.  Bill Brock was reelected in 1966 and 1968.  In 1970, Brock swept past country music entertainer and cowboy movie star “Tex” Ritter in the GOP primary to win the Republican nomination for the U. S. Senate.  It was Ritter who had described Albert Gore, Sr. as Tennessee’s “Old Gray Fox”, a wily and able campaigner.  Brock won the Senate race with just over 51% of the vote.  Following the 1970 election, Tennessee had two GOP senators and a Republican governor, Winfield Dunn.

Senator Brock’s goal in being reelected in 1976 was to win 100,000 more votes than he had received in the 1970 election.  Brock achieved his goal, but lost to Jim Sasser as Tennessee was Jimmy Carter’s second best state in the country after his own Georgia.  Brock rebounded by being elected Chairman of the Republican National Committee in 1976, a post filled exactly thirty years before by another Tennessean, Congressman B. Carroll Reece.  For the next four years, Bill Brock laid the groundwork for Republican victory by increasing diversity inside the party and organizing.  Brock had always strongly believed in recruiting young people to participate in GOP campaigns and affairs.  From my own personal experience, I know how much Bill Brock valued young people and was willing to give them opportunities others would not.

Republicans increased their numbers in Congress in the 1978 elections and it was Bill Brock who laid the groundwork for Ronald Reagan’s election in 1980.  That same election also saw Republicans win control of the United States Senate for the first time since 1953 by picking up an astonishing twelve seats.  Interestingly, Carroll Reece had presided over a similar event as Republicans won both houses of Congress in 1946.  Bill Brock’s painstaking efforts to rebuild the national GOP had helped immeasurably.

President Reagan nominated former senator Brock to serve as U. S. Trade Representative.  When he first came into office, Brock was confronted with a situation where trade relations with Japan were quite tense.  The former senator proved to be a staunch foe of those trade deals he believed to be against America’s interest, while working to set the first voluntary quota of Japanese automobiles in this country.  President Reagan nominated Bill Brock to serve as Secretary of Labor in 1985.  Brock served as head of the U. S. Department of Labor for two years before resigning from the Cabinet in 1987 to run the presidential campaign of Senator Bob Dole for the Republican nomination in 1988.  Dole lost to incumbent Vice President George Bush who went on to win the general election.

Following his government service, Bill Brock formed his own consulting business and was prosperous.  Brock made one last effort to win a seat in the United States Senate, although not from Tennessee.  After the death of his wife, Laura “Muffett” Brock, the former senator established his residency in Maryland.  Brock launched a bid for the U. S. Senate in 1994 against incumbent Democrat Paul Sarbanes.  Brock encountered an unexpectedly tough primary challenge from Ruthann Aron who ran well to Brock’s right.  Sarbanes won the Senate race easily.

My own last interaction with Senator Brock came through the series I wrote on his career for this newspaper.  Brock, as always, was very generous with his time and quite gracious as to the finished columns.  Although intrinsically a shy man, Bill Brock was a steadfast friend, a loving husband, father and grandfather.  Republicans in Tennessee owe Bill Brock heaps of gratitude for not only his service in Congress, but his tireless efforts to make the Volunteer State a truly two-party state.  It was Bill Brock who did as much or more than any other single person to set the stage for the revival of Republican fortunes and the election of Ronald Reagan in 1980.  Bill Brock was a rare man of great intellect, absolute devotion to his country, and a man who exalted giving back to one’s own community.  Brock could have easily enjoyed the success of the family candy company, but instead he chose another path, that of public service, which is oftentimes a difficult path indeed.

When Bill Brock passed away peacefully on March 25 from pneumonia in a Fort Lauderdale, Florida hospital, he left behind not only his wife Sandy and his family and friends, but a state, country and Republican Party better off than he found them.