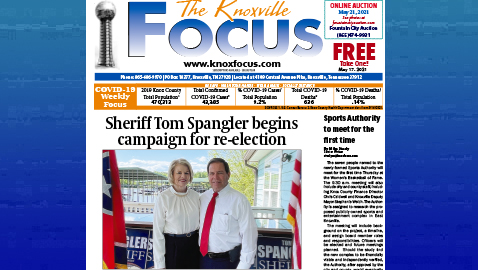 “How do you put things in words when you have a crowd here saying they believe in what you’re doing?” Knox County Sheriff Tom Spangler asked Thursday afternoon during his re-election campaign kickoff at the Lakeside Restaurant.

“I want to continue.”

The sheriffs kidded Spangler and there was lots of laughter shared among those attending.

“This past two years has been unreal, that’s about the only way I can describe it,” Spangler said.”The men and women of the Knox County Sheriff’s Office are the best officers, correction officers and employees that any agency ever had.

“Those men and women didn’t slow down when Covid hit, they worked tirelessly and didn’t complain. As a leader of that agency I couldn’t be more proud of those individuals.”

“My work is not done, I want four more years to be your sheriff,” Spangler told the crowd.

“I believe that with what we’ve done so far and what we have planned, it’s exciting,” he continued.

“I’m not going to change. I’m still Spanky or Tom to those who know me,” he promised.