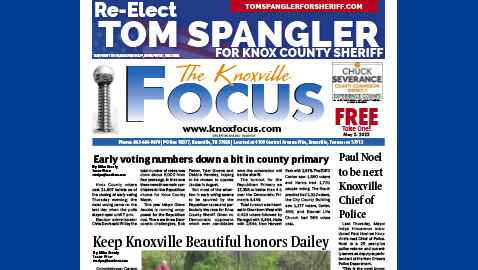 Early voting numbers down a bit in county primary

Knox County voters cast 21,807 ballots as of the closing of early voting Thursday evening; the most voting came on the last day when the polls stayed open until 7 p.m.

Election administrator Chris Davis said Friday the total number of votes was down about 6,000 from four years ago. In that race there were three main candidates for the Republican choice for Knox County Mayor.

This year Mayor Glenn Jacobs is running unopposed for the Republican nod. There are three Democratic challengers, Bob Fisher, Tyler Givens and Debbie Hensley, hoping to be chosen to oppose Jacobs in August.

But most of the attention in early voting seems to be spurred by the Republican races and particularly the race for Knox County Sheriff. Given no Democratic opponent which ever candidates wins the nomination will be the sheriff.