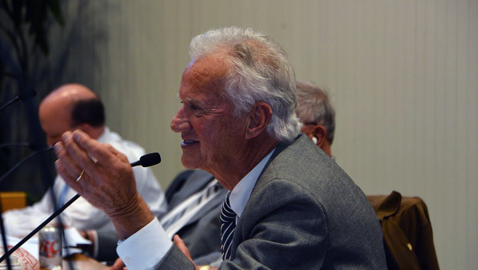 The former Knoxville Utilities Board Building on Gay Street, empty for about 16 years, may get a new owner and tenant thanks to action by the Knox County Commission and the Knoxville City Council Tuesday.

The Tombras Group, a national advertising agency with four locations around the nation and currently headquartered at 630 Concord Street, was granted a 20-year tax increment financing  (TIF) agreement by both jurisdictions so that they may move to the former KUB building at 620 and 626 South Gay Street.

Dawn Michele Foster, Knoxville’s Director of Redevelopment, told the county commission that the Tombras Group plans to restore the building, add a new façade, and expand the employment there to 200 people. She said the agreement would boost both the city and county taxes on the property.

While the majority of the county commission praised the idea of restoring a blighted building only Commissioner Ed Brantley opposed the resolution granting a tax break. Brantley said the county would be “giving these guys a gift” and said he wanted to bring outside businesses into the county not just relocate local businesses.

Attorney Arthur Seymour, Jr., representing Tombras, told the commission that most growth comes from existing local businesses that want to stay in the county.

Brantley was the sole “No” vote on the commission after declaring, “Everyone in Knox County would move to Gay Street if they got tax relief for 20 years.”

The commission’s work session vote means the matter will come back up during today’s regular meeting.

The city council acted on the same request from Tombras by rescinding a TIF issued to  Hatcher Hill & Associates for the building and approving the Tombras agreement through the Gay Street Redevelopment and Urban Renewal Plan by the Community Development Corporation.