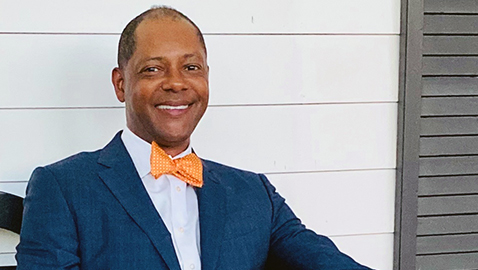 You might think that former Commissioner Sam McKenzie, husband of Knoxville Vice Mayor Gwen McKenzie, has a walk in the park for election to replace Rick Staples as the District 15 Tennessee Representative.

But McKenzie is not unopposed in the November 3rd General Election.

Independent candidate Troy Jones, a Knoxville attorney, stands in his way. You may think that the heavily Democratic area would automatically go for McKenzie but Jones is echoing many of the Democratic Party positions. His platform includes his support for automatic voter registration, raising teacher pay, repealing vouchers, enacting a Green New Deal climate change policy, expanding Medicare, fighting against anti-LGBTQIA policies, care for veterans, and redirecting fossil fuel funds to renewable energy and conservation.

The Focus talked with Jones and asked several questions. Here are his replies.

Tell me a bit about you and your family. Are you a Knox County native?

Where did you go to school?

I graduated from Holston High School in Knoxville, college at UT Knoxville and Tusculum College. Law School in Washington, D.C.’s District of Columbia School of Law. Marine Corp I was Honorable Discharge serving total of six years. MOS was admin clerk for combat engineers. Loved every day of my service

Your platform is very familiar to a Liberal Democratic one. Why? Were you a Democrat?

I am a Democrat, but I have also voted for the RNC candidate in the primary.

What prompted you to get into the race as an Independent?

I got into the race as an Independent because the Democratic primary ticket was so crowded, and I did not want my voice overshadowed by too many candidates. I want to help the citizens of Tennessee to move our state forward by drafting laws that will improve everyone’s lives in Tennessee. What is the biggest problem in your district that the state can help with?

The state can help the 15th district in two main areas. Economically and Crime Prevention with a strong education base.

Economically we need better paying jobs and training in the district and east Tennessee. We have a great population that wants to work and we as politicians need to persuade companies to move to our area of the state.

Crime Prevention through education and training. If we promote a strong work culture in early schooling and show the youth their potential, they have to become great citizens instead of turning to the streets. We will save not only young lives but also save taxpayers money because the youth and young adults will be productive citizens. There is no color in this plan, and it will help everyone in Tennessee. We will only beat gang violence and street violence through educating of our youth and strong laws written to protect the citizens of Tennessee.

How will being an attorney help in the Tennessee House?

I believe that an attorney is better able to write and pass laws because attorneys are trained to understand the law. My training as an attorney prepared me to better understand how legislation is going to help or hurt my constituents and the leadership training that I have received in TBALL (Tennessee Bar Association Leadership Law) helped strengthen my legal skills and networking throughout the state.