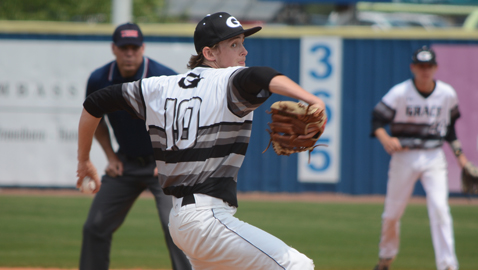 Mitch Turner has built a strong foundation for the Grace Christian Academy baseball program. The way he sees it – three straight trips to the Class A state finals are definitely something to build on and that’s the plan.

The Rams lose five seniors, who all have signed to play college ball, off this past season’s team, but Turner is looking forward to the challenge in 2017.

“We will be young, but as always, we will have high hopes due to our work ethic, attention to detail, and never settle attitude,” said Turner via e-mail Friday.

“As Vince Lombardi said, ‘We will strive for perfection, knowing we will never reach it, but in the pursuit of perfection we will obtain excellence!’”

“This year obviously didn’t end how we wanted it to, but I would never call it a failure,” texted Turner the week after his Rams lost to Scotts Hill 8-3 in the title game. “Being in the state championship game for the third consecutive year was nothing short of an honor and a result of a lot of hard work.”

Grace Christian also was state runner-up in 2014 before capturing the gold in 2015.

This season’s team finished 30-14 overall and won District 3-A and Region 2-A titles for the third year in a row.

“For the first time since our district expanded to seven teams, we went undefeated through district regular season and tournament play,” noted Turner.

“This year took a complete team effort,” stated Turner. “Obviously, my five seniors played a large role in our success, but our young guys definitely picked up the slack when the older guys were struggling.”

“This season, even though we were runner-up, was my most successful year as a coach because I had a player that has been with me for three years finally accept Jesus Christ as his lord and savior,” added Coach Turner. “That is ultimately why I am here … to introduce young men to the Gospel and show them what a real victory looks like. Take away all the wins and championships and replace them with young men that are on fire for God, and I consider that a true winning tradition.”