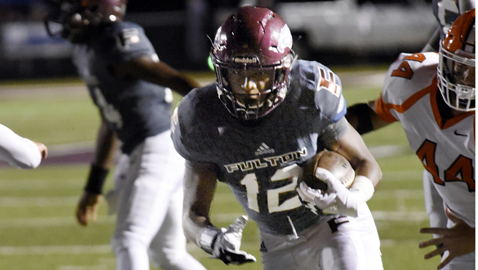 Star players on winning teams get most of the headlines and deservedly so. But there are others who contribute to a team’s success during games and practice.

These are the unsung heroes.

He may be a player who has never had his name in the headlines. He may be a starter or a super sub. He’s the type of player whose efforts are recognized and appreciated by his coaches and teammates, although he’s not a “star player.”

Head coaches of six local football teams that are having winning seasons recently submitted the names and deeds of such players.

J’Coryan Anderson, Fulton junior linebacker. “J’Coryan is a high character guy. He is such a versatile and talented player for us. He has already played six different positions for us this year as well as all special teams. He finds ways to help us out every time we go out to compete. We are fortunate to have him on our team.” – Coach Rob Black.

Jaiohn Foster, Austin-East defensive back. “Jaiohn is a utility knife for us on defense. He plays safety, corner and even our nickel back. He does everything we ask of him to the best of his ability, a kid that is trustworthy and gaining confidence more and more. This is his first year playing football and he is making a great impact on our team.” – Coach Jeff Phillips.

Jonathan Atchley, The King’s Academy senior offensive tackle and defensive end. “A two-time captain, Jonathan was one of the main leaders this past offseason for winter, spring and summer weights and conditioning.” – Coach Matt Lowe.

Taylor Shannon, Knoxville Catholic sophomore wide receiver and cornerback. “Taylor works hard every day. He is on virtually every special team and backs up at all three receiving positions.” – Coach Steve Matthews.

Marquice Edkis, Powell senior offensive tackle. “Marquice starts at right tackle and also plays a lot of defense as well. He has worked extremely hard for me in my three years here and he has played here for four years. He continues to improve on a daily basis and is a leader on the team. He has a motor and goes 100 percent every play in games and practices. His attitude is always positive, win or lose.” – Coach Rodney Ellison.

Emery Webb, Grace Christian Academy senior free safety. “Emery is the quarterback of the defense that always makes sure everyone is lined up correctly. He is always in position to make plays and is the glue that holds our defense together.” – Coach Rusty Bradley.