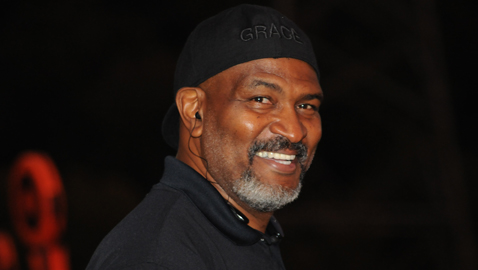 Youth sports have always meant a lot to Joe Ward and still do.

Ward played his first basketball game as an 11-year-old in the Griffin (Ga.) Spalding County Parks and Recreation Department’s youth program in the mid-1970s. He went on to earn Coaches’ All-SEC first-team honors at the University of Georgia under Coach Hugh Durham in 1986 and continued his career by playing nine years of professional ball.

After all of his success on the hardwood, Ward hasn’t forgotten where he started and he’s been proud to be a part of the City of Knoxville’s Parks and Recreation Department for several years now.

Ward arrived in the Knoxville area not long after his retirement as a player in 1994 and started coaching with the Rule Christian Academy (RCA) recreation program. He guided RCA’s 15 to 17-year-olds for nine years. Some seasons he would coach three different teams and they won many championships.

Ward said this past season felt like a “return to those glory days” as he assisted head coach Chris “Ace” Hunter’s Center City Youth Sports Program’s team, which defeated CCYSP-Nelson 28-14 in the City tournament’s 12U boys Gold Division championship game.

“For my son Jeremiah and for the team and myself, I was very excited,” said Ward, who has now coached three years for CCYSP. Even the gym on Asheville Highway, the site of the finals, reminded him of past titles won with the RCA program.

“For me at 53, a championship, whether it is recreation, high school, college or pros, is a championship at any level. You’re always excited to be able to achieve your goals and reach that destination.”

Ward said he was blessed to be able to play the game of basketball and many people helped him along the way.

“As a youth, I was the oldest of seven kids and my father killed a man and went to prison when I was a boy, so I didn’t have a father figure,” he said. “There were a lot of people, a lot of pastors, my basketball coach Bobby York and other men in the community that reached out and helped me and did things in my life to help me get to my goal and destination.

“So I made a deal with God a long time ago,” added Ward, “that if He allowed me to be blessed to play professional basketball, I told Him I promised to go back and see to it that I help other young men and women get the same opportunity that I was given and hope that I could impact somebody like I was impacted along the way.”

Ward has been faithful to his promise. In fact, he will return to Griffin Friday night to receive an award from his hometown for “giving back to the community.”

Ward, who founded Basketball Ministries International in 1989, will be putting on the 30th annual basketball camp at Griffin this year.

Ward said Knoxville’s Parks and Recreation Department “has done a fantastic job. I’m excited about being used and making a difference whenever I can.

“These organizations are vital to our community and make a difference. How do I know? I’m a product of Parks and Recreation. I was 11 years old when I played basketball for the first time and it was because of Parks and Rec.

“I’m very grateful for the volunteers who give up their time and resources to see to it that another young Joe Ward can be raised up in the city of Knoxville, the same opportunity I was given in Griffin.”

In addition to coaching basketball, Ward also contributes in football season as a self-proclaimed “world’s greatest water boy.” He also sets an example by helping with clean-up duties and takes advantage of being around the youngsters to promote good sportsmanship.

In high school at Griffin, a hotbed for athletic talent just south of Atlanta, one of Ward’s “mentors” was former UT football and track star Willie Gault, who was a senior when he was a sophomore.

Ward was a 6-foot-6 jumping jack and averaged a team-high 15.6 points his senior season at Georgia.

One of his fondest memories of his college playing days was being on the 1985 Georgia team that beat Kentucky in Rupp Arena, the first Bulldogs team to win at Lexington in 62 years.

“As we left the arena after the game we were surprised to see some 23,000 Kentucky fans still in the stands,” recalled Ward. “Their coach, Eddie Sutton, was going to have a practice and they stayed to watch. That tells you what their fans think of their basketball.”

One of Ward’s accomplishments as a pro was averaging a league-leading 53 points per game playing in the Philippines. He said Tony White, former Tennessee star, ranked second with a 47-point average.

Ward was head basketball coach at Knoxville College before it closed. He also was honored as a SEC legend at the conference tournament in 2006.

His resume is quite full, but he’s not done yet. The kids keep coming and he keeps giving, like he promised he would.