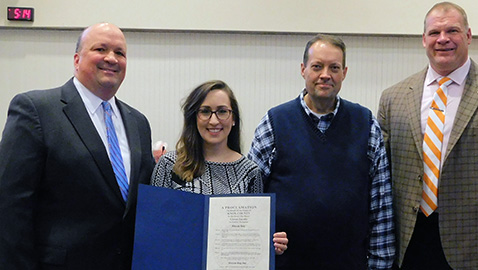 It is an idea that has floated around for several years. Some Knox County officials and developers are upset by Knoxville-Knoxville Planning and want out.

The recent action of Farragut to reject Mayor Glenn Jacobs’ Growth Plan means that the mayor may have to reconvene the joint members—Knox County, Knoxville and Farragut—to rework the area-wide plan. Jacobs’ proposed plan increases density and opens all of the county’s open land to subdivisions.

Farragut is upset with losing the adjoining green spaces to development and believe it will add to the traffic in the town. The rejection, which requires approval of all the parties, stopped the plan for the moment.

The rejection by Farragut was mentioned by Commissioner Brad Anders Tuesday night as he suggested the commission take steps to withdraw from the planning commission and form its own organization.

He said the county needs to “keep other government influence” out of county plans.

“We could have good cluster development. Sometimes we have to think of ourselves,” he added.

Commissioner Evelyn Gill said she represents a district that is mostly in the city and it shouldn’t be excluded in county-wide plans.

“There is a time when we take control of our own destiny,” he said, adding that if nothing is done now, “We’re headed for another 30 years of sprawl.”

Commissioner John Schoonmaker chimed in saying that the Knox County funding of the planning commission runs through June 30. Anders replied the funding could be “month to month” and said, “We need to get the ball rolling.”

Commissioner Larsen Jay said there needs to be a “physical structure of planning” and said one option would be to have the appointed Knox County planning members to vote on the county zoning rather than the entire planning commission. Currently the county has more appointees than the city.

“The city and Farragut have more influence than us,” Anders said, adding, “We’re running out of rural area.”

“We need to look at the process,” he said.

Planning Director Gerald Green will be leaving mid-year. He told The Focus his wife has taken a position with Appalachian State University in Boone, NC.