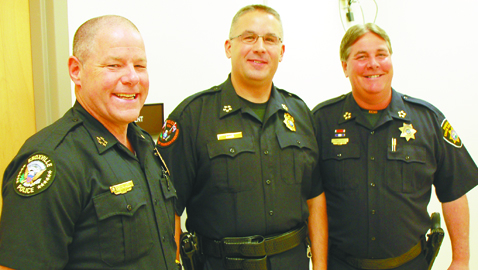 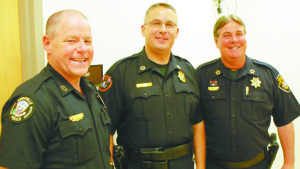 Troy Lane was officially sworn as the new chief of police at the University of Tennessee, Knoxville, Thursday morning.

Assistant Chief Debbie Perry — who served as interim chief of the department before Lane’s hiring — conducted the swearing-in, in which Troy promised to uphold the United States constitution and the laws of the state of Tennessee and the university.

“I came here because I believe that the UT Police Department is headed in the right direction,” said Lane during the ceremony. “I was sold on this police department and believe that this would be the right place to spend the rest of my time in this job. I look forward to working with each one of you. You have laid a great foundation and I only hope to continue your progress.”

Lane said one item that attracted him to UTPD was its accreditation — something he said is difficult to achieve and maintain.

“Accreditation takes a lot of effort on a lot of people’s parts and just to sustain it is a full-time effort,” he said in an interview with the media. “It is a great thing you do not want to let go once you got it.”

Lane started work at UTPD earlier in June. He was the police chief at the University of Wyoming before coming to Knoxville. Lane has more than 16 years of campus law enforcement experience.

“Most people work at a university because that is the demographic that they love working with and I am one of those people,” said Lane in an interview. “I got into campus law enforcement not really knowing if I would enjoy it, and 17 years later, I enjoy it and I am not leaving.”

Lane began his law enforcement career as a military policeman in the U.S. Army in Fort Riley, Kansas. After leaving the military in 1992, he continued working in law enforcement and in 1996 was named assistant director of the Kansas State University Police Department.

He has a master’s degree in criminal justice from Fort Hays State University and a bachelor’s degree in management and ethics from Manhattan Christian College. He attended the FBI academy in Quantico, Va.

For more information on UTPD and safety efforts on campus, visit http://www.utpolice.org.