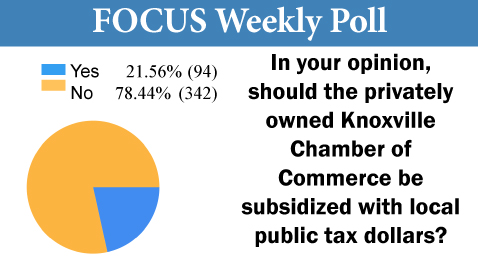 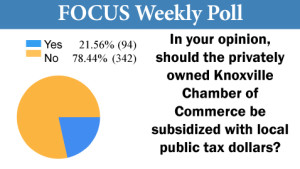 This week’s Knoxville Focus poll posed the question, “In your opinion, should the privately owned Knoxville Chamber of Commerce be subsidized with local public tax dollars?”

The most support for giving the Chamber tax money came from the Second District, although more than 67% of the voters opposed the idea.