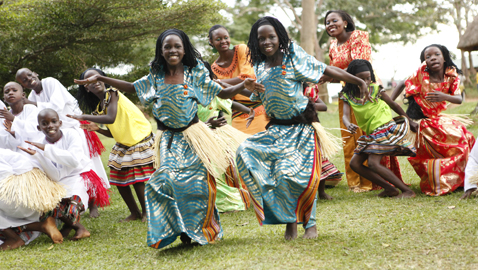 “Audiences are blown away by the stories of hope and transformation that the children share during their performance,” Jeanine Bedell with Watoto Child Care Ministry told The Focus.

Members of the Watoto Children’s Choir serve as Watoto ambassadors to raise awareness about the plight of the orphaned and vulnerable children of Africa and are currently on tour in East Tennessee. The energetic Broadyway-style production features vibrant, original African music; dance routines; and life-transforming stories.

One of those stories belongs to Ashraf Sempijja, a 12-year-old boy from the Rakai district in central Uganda. Ashraf’s mother was the youngest wife of a polygamous man who had fathered about 40 children. Ashraf’s parents both passed away from HIV/AIDS. Since then most of his family have fallen prey to the disease. As a result, Ashraf had no one to look after him. Community leaders asked Watoto Child Care Ministries to take Ashraf and his sister, Sumaiya, into their care.

A Watoto housemother welcomed Ashraf and Sumaiya into her Watoto Home and, since then, they have received all the nurture and nourishment they need. Ashraf and his Watoto brothers and sisters share the household tasks in the home. In his spare time Ashraf now enjoys playing soccer with his many friends and loves to dance.

And while the tour raises awareness for the ministry and the needs of children in Uganda, it also benefits the children who participate in the choir.

“This is the first time these children have ever been outside of Uganda, Africa. Traveling with the Watoto Children’s Choir provides them with an opportunity to expand their world view and to further develop as a leader,” Bedell added.

There are five choirs that tour globally each year. Each choir consists of 22 children (11 boys and 11 girls) – ranging from ages 6-15.  Children have the opportunity to tour one time in order for us to allow more children the experience of being part of the choir.

Since its inception in 1994, 58 choirs have traveled across the globe- from Australia to the U.S. Their audiences have included royalty, presidents, ministers, and thousands of others throughout the tours. While they capture many hearts, their mission is to raise awareness for the millions of children in Africa who have been orphaned as a result of HIV/AIDS, war, and poverty.