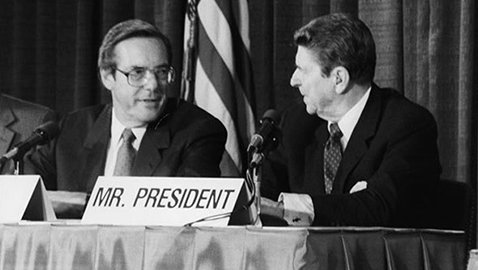 Buford Ellington had barely taken the oath of office when speculation became rife as to who the next governor of Tennessee might be; Ellington had faced no Republican on the ballot in 1966, but Howard Baker had become the first member of the GOP to be popularly elected to the United States Senate.  Incumbent U. S. senator Ross Bass had lost the Democratic primary to Governor Frank Clement, who in turn lost the general election to Baker.  Nor had Clement only narrowly lost; Baker had won by 100,000 votes.  Ellington had been hard pressed inside the Democratic primary by Nashville attorney John Jay Hooker.  The race left long-lasting hard feelings, which would not help Democratic candidates in 1970.  Evidently, Tennessee Democrats did not feel threatened enough to fully unite in the face of what might very well be a coming Republican tide.  The GOP had picked up another Congressional seat in West Tennessee, giving Republicans four of Tennessee’s nine congressmen.

The divide inside Tennessee’s Democratic party was largely philosophical with Ellington representing the more conservative and rural wing, while John Jay Hooker evoked memories of the Kennedy legacy.  Congressman Bill Brock of Chattanooga was frequently asked if he intended to run for governor in 1970.  Brock always carefully recited he was not thinking beyond 1968 when he had to run for reelection.  The speculation about a possible Brock candidacy was likely fueled, at least in part, by the fact John Jay Hooker continued to travel all across Tennessee, giving speeches and making friends.  It was readily apparent Hooker had not given up his ambition to become governor and was anticipating another bid in 1970.

Brock appeared to be in good political shape inside his Third Congressional district, relative unscathed by the recent redistricting.  Brock issued a statement from his office saying he was satisfied with the redistricting, as it left his district with about the same ratio of Republicans and Democrats.  Even the Nashville Tennessean, would grumble redistricting might well have left Brock “in a somewhat improved position.”

Despite the off-year, both Republicans and Democrats gathered to speak to young people identifying with their respective political parties.  Senator Albert Gore and Congressman Ray Blanton spoke to Young Democrats gathered together in Jackson, Tennessee.  The blustery Blanton compared the attendance of Young Democrats with that of the Young Republicans and crowed, “If this is any indication of their (Republicans’) strength, then we do outnumber them and this is what counts at the polls.”  Gore, although he had voted against the Civil Rights Act of 1964, cried that the national and state governments faced a “supreme test in dealing with racial disorders which threaten to crack our municipal government system.”  Gore told the Young Democrats it was time for American to “reexamine their motives, probe their prejudices and open their minds to the possibility that profound social changes may be necessary.”

Young Republicans heard a different message from Senator Howard Baker and Congressmen Bill Brock and Dan Kuykendall.  Baker roared the past eight years of rule by Democrats had taken the country “in reverse.”  Kuykendall argued Lyndon Johnson’s Great Society was little more than “a great mess.”  Brock lamented the “incompetence” of Attorney General Ramsey Clark, a figure highly unpopular in Tennessee, as well as Defense Secretary Robert McNamara.  Congressman Brock rejected the idea “of allowing the political cowardice of an administration which refuses to enforce the law to destroy this country.”

Likely the happiest event for Bill Brock in 1967 was the arrival of his fourth child, John Kruesi Brock, in August of that year.  The healthy five-pound, seven-ounce boy arrived at Chattanooga Memorial Hospital.

Politics still held Brock’s attention and the race for the 1968 Republican presidential nomination was already underway with New york governor Nelson Rockefeller, California governor Ronald Reagan, Michigan governor George Romney (father of future presidential candidate Mitt Romney) all either active or prospective candidates.  Former 1960 GOP presidential nominee Richard Nixon was already campaigning hard to make a comeback.  Romney appeared to be a strong candidate until he undermined his own campaign when he said his view of the Vietnam War had changed due to the “brainwashing” he had received from military and diplomatic personnel.  Brock lamented Romney’s poor choice of words, noting “Gov. Romney has made so many statements that nobody knows what he believes and that is unfortunate for a man who aspires to be president of the United States.”  That single statement killed whatever momentum Romney enjoyed and ruined his chance to be an alternative to Richard Nixon.

Bill Brock was obviously keeping his political options open, speaking in Jackson at the Tennessee Jaycees’ meeting.  More than a thousand Jaycees from all over the state gathered in Jackson to hear the Chattanooga congressman’s solemn declaration there was “a crisis in leadership facing this country.”  Brock outlined his vision for Tennessee and America, saying, “The essence of the American dream is a system which protects the right of the minority for self expression and freedom of speech.”  To perhaps the surprise of some, Brock cited the example of the late President John F. Kennedy’s book “Profiles In Courage.”  “We have always respected those who have had the integrity to stand on their principles even though they were unpopular at the time.”

Brock’s statewide profile continued to grow and Jack McDonald, chairman of the National Young Republican Federation, predicted Bill Brock would be “drafted” for office in 1970.  “He will have the unqualified support of Republicans all over the state, for whatever office it is,” McDonald stated.

As 1968 dawned, Congressman Bill Brock announced he believed Richard Nixon offered the best hope for carrying the Republican banner in the presidential election.  Speaking to the Young Republicans at the university of Tennessee in Knoxville, Brock cautioned the students to seek common ground between the left and the right.  Nixon was a favorite of many Tennesseans and had carried the state in 1960 against John F. Kennedy.  All four of Tennessee’s Republican congressmen – – – Jimmy Quillen, John Duncan, Bill Brock, and Dan Kuykendall – – – had endorsed Richard Nixon well before the GOP National Convention.  By March of 1968 Senator Howard Baker had not officially endorsed Nixon, but was seen as very supportive of the former vice president.

Congressman Brock was prone to show up in unusual places, especially for a Republican.  Brock was one of the headliners at the Tennessee Education Association meeting in Chattanooga in early April.  Governor Buford Ellington and former governor Frank Clement were also featured speakers at the gathering, which drew several thousand teachers from all across the state.  By the middle of April William Pope, a first-term state representative from Pikeville, was telling friends he was seriously considering making a race for Congress against Bill Brock.  Pope, who was also the mayor of Pikeville, said he had been approached to run for Congress by numerous friends, but was emphatic that he would not run unless he believed he could win.  “I have no plans of being a sacrificial lamb to the powerful Brock organization.”  The day after Pope’s announcement he was considering a Congressional bid, Joe Hatcher, political reporter for the Nashville Tennessean, began promoting the prospective candidate.  After explaining Democrats in Hamilton County had been so divided for so long, William Pope offered a chance of uniting the party.  “He’s only 30, full of pep and enthusiasm and oratory,” Hatcher gushed.  Oddly, Pope was a nephew of Lewis Pope, who had twice bolted the Democratic Party to run in general elections as an Independent.  The younger Pope charged Brock had done nothing to help the rural counties of the Third Congressional district and little for Hamilton County, preferring instead to keep a high profile in national Republican circles.  By May of 1968, J. William Pope had announced he would not seek the Tennessee House of Representatives and would likely make officially his announcement to challenge Bill Brock for Congress in perhaps “three weeks.”  Keeping more or less to his timetable, William Pope announced that he run would for Congress on May 20, 1968 at a news conference in Chattanooga.  A week later, Bill Brock announced he would run for reelection.

Evidently, Democrats took Pope’s candidacy seriously and the young legislator was hailed as a candidate who could reunite feuding factions inside the Third District.  Pope was working hard to build an organization inside the district and intended to run against Brock’s conservative record in Congress as well and the Congressman’s aspiration to run for either governor or the U. S. Senate in 1970.  Pope had been aligned with the more liberal faction of Tennessee’s Democratic Party and had not been considered as friendly to Governor Buford Ellington’s administration as perhaps a Democrat representing a rural county would ordinarily be.  The 1968 campaign for Congress from Tennessee’s Third district loomed to be a philosophical contest between ideologies for the future.

Brock’s campaign for reelection was boosted when it was announced that GOP presidential candidate Richard Nixon would make an appearance in Chattanooga.  Both Bill Brock and Senator Howard Baker would accompany Nixon on his Tennessee visit.  Still, Democrats held out hope for William Pope.  “There’s a hot race in the Third District,” Governor Ellington opined.  At the end of October, Joe Hatcher was writing that both Dan Kuykendall and Bill Brock were in danger of losing to their Democratic opponents.

Although press reports indicated both Brock and Pope were campaigning hard, the race seemed almost sedate.  Whatever hopes the Democrats had of winning evaporated on Election Day, as Congressman Brock won reelection handily.  Brock won with more than 57% of the vote in a district that had been solidly Democratic just a few years earlier.

Once again, Richard Nixon carried Tennessee in a three-way race with Vice President Hubert Humphrey and Alabama governor George Wallace.  In December of 1968, President-Elect Richard Nixon named William Timmons to his presidential staff.  Bill Timmons had long been Congressman Bill Brock’s administrative assistant.  The thirty-seven year old Timmons had been the coordinator for communications and arrangements for candidate Nixon at the Republican National Convention.  Timmons, an able man, would go on to work for Presidents Nixon, Ford and Jimmy Carter before beginning a lucrative lobbying career.  Timmons had worked for Wisconsin U. S. senator Alexander Wiley, who was defeated in 1962, the same year Bill Brock won a seat in Congress.  A sign of Bill Timmons’s ability is the fact he not only served as convention manager for Richard Nixon in 1968, but Nixon’s 1972 convention campaign as well as Gerald Ford’s hotly contested convention race against former California governor Ronald Reagan in 1976.  Timmons also managed Reagan’s 1980 and 1984 convention campaigns.  Timmons had managed Bill Brock’s first successful Congressional campaign in 1962 and every subsequent race, including his 1968 reelection bid.  With Brock safely reelected, Bill Timmons moved over to the White House when Nixon took office.

In December of 1968, Bill Brock astonished many Democrats and not a few Republicans when he announced he would not be a candidate for governor in 1970.  According to the Chattanooga Times, Brock disliked the idea of not being able to succeed himself as governor, as Tennessee limited its chief executives to a single four-year term.  The Times reported Brock was more interested in running for the United States Senate seat occupied by Albert Gore.  Oddly, the Times insisted Brock believed his senatorial opponent would be John Jay Hooker, not Gore.

Irrespective of his opponent, Bill Brock had his sights set on the U. S. Senate.