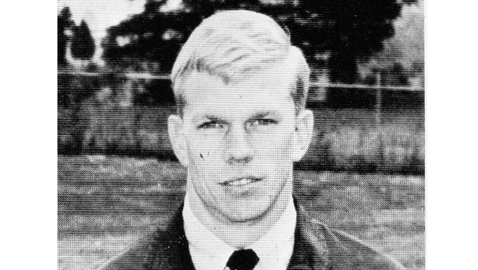 I have fought a good fight, I have finished my course, I have kept the faith:”

My cell phone rang.  The caller was letting me know that he would not be able to attend our reunion.  As a former teacher and coach at Gibbs High School, Ken Sparks was invited to our 40th class reunion in April 2012.  As busy as he was, the college coach was kind enough to send his regrets.  For anyone who knew Sparks, that was not surprising.

Ken Sparks passed away March 29, 2017, after a long and valiant battle with cancer.  My class was starting high school the year Sparks began his coaching career at Gibbs.  (Ken Sparks, More Than a Coach, Focus 4-9-12, 9-17-12).  The late Bob Dagley hired young Sparks to coach football.  Gibbs had been without a football program for many years.  The Carson-Newman graduate’s job was to bring football back to Gibbs.  Even then, he was an outstanding role model for student athletes.  He did not allow bad language from his players, most of whom were bigger than him.  Much has been written and reported about Coach Spark’s winning record and championships, but I remember him for something else.

At the reunion, I mentioned that Coach Sparks could not come.  Beth heard me.  Beth Donahue’s uncle was the late Ken Donahue, legendary coach at Alabama and Tennessee and friend of Coach Sparks.    She shared a touching moment with us.  The year Sparks came to Gibbs, the school year had barely started when Beth’s father passed away after waging his own battle with cancer.  One of Beth’s brothers was on the varsity football team, and her mother was a teacher in home economics at Gibbs.  Coach Sparks had the entire football team attend her father’s funeral.  What the 22-year-old coach had the team do next was extraordinary.  Dressed in their Sunday suits, the team lined both sides of the hall as Beth’s family filed into the church.  Beth said it reminded her mother of an honor guard at a military funeral.  The gesture of respect touched her family, especially her mother.  I thought it spoke highly of Beth’s outstanding family and spoke volumes about the young coach, as well.  Beth said her mother talked about it for years.  Her family sent Coach Sparks a note thanking him for his kindness.  (‘Bama Beth, Focus 4-30-12).

After Gibbs, Ken Sparks went on to achieve great success at other schools and colleges.  I cannot imagine anything in the years following where the young coach could have shown more maturity or class than he did that day at a rural church in Corryton.  It is my favorite memory of him.  He will be missed, but his Christian witness can be an example to all of us.  Words from the book of Matthew 25:21 (KJV) come to mind:  “Well done, thou good and faithful servant . . . ”  Thank you, Coach Sparks.  May you rest in peace, for you have now reached your heavenly home.