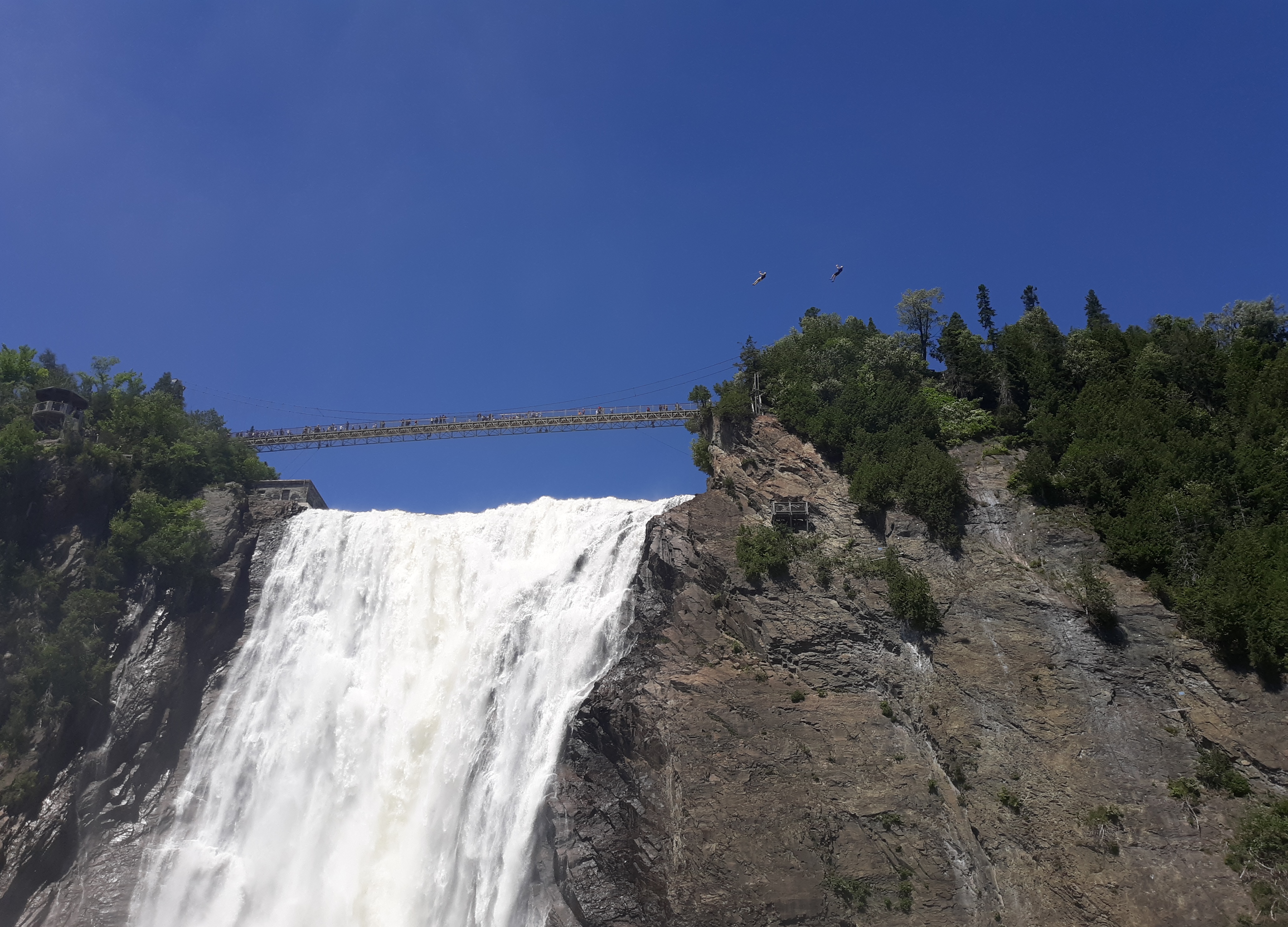 My wife and I camped on our way to Canada recently to see the whales that come into the St. Lawrence River in the province of Quebec. While we found Quebec to be much more “French” than we expected, it was a surprise to find what we discovered.

Passing into and out of Canada was easier than we expected and, on the way back into the U.S. after a week away, one sign of a marijuana leaf and a big “No” slash on it caught our eye. We didn’t see any pot shops or any marijuana for sale in Canada even though that drug was recently legalized there.

Obviously the United States wants to remind citizens entering our nation that it is not legal here except in a few states.

All of the signs and billboards in Quebec are in French but the stop signs are the same design and color as our signs. We changed the automatic setting on our SUV to reflect kilometers rather than miles and were tickled to see we were going 101 kph, but that’s only a bit over 60 miles per hour.

Gasoline is also sold by the liter so it’s a bit confusing unless you’re just simply filling up. Shopping or buying anything is based only on the Canadian currency, but you get more cash for the U.S. dollar, about $1.35 in Canadian. There are no Canadian pennies or dollars or two dollar bills. The dollar currency is a coin and the two-dollar coin is a silver coin with a brass coin insert in the middle. By the end of our stay we had enough coins to buy a meal on our way back toward the U. S. Border.

Anyone traveling to Canada should exchange the U.S. currency as soon as possible because, even though our dollar is worth more there, many places will not accept anything but Canadian. We found a campsite there our first night that was willing to give us $1.20 in exchange for our dollars so they made a nice profit on exchanging a $100 bill.

Two years of French class many, many years ago in high school, does not equip anyone for the French-only section of our neighboring country. Finding someone that speaks English is sometimes difficult, even at places like McDonald’s. You have to ask and they’ll find someone who can communicate, somewhat, with you. One restaurant that caught our eye in a small Canadian town was the Kentucky Fried Chicken outlet there but it wasn’t a KFC it was a PFK. That’s “Poulet Frit Kentucky” or “Chicken Fried Kentucky.”

We were in a supermarket shopping for camping food and supplies and chanced across a couple of items that we didn’t expect. Among the various French Canadian brand foods were many things related to the United States, like Coca Cola, but also one product that rang of pure Tennessee. At the end of an isle there we found a large display of “Little Debbie” products, a product of McKee Bakery in Collegedale just north of Chattanooga.

Other surprises we found during our week or so in Quebec included finding no internet or cable TV service in campgrounds, no “right on red” at most traffic lights, flashing green traffic lights permitting left turns instead of a caution light, and sometimes many, many miles (or kilometers) between towns. The coastline along the river in Quebec reminded us a lot of the Oregon and Washington coasts with lots of highway hills, bluffs, and small towns here and there. Our GPS was wrong a few times and we got turned around and redirected. That can be difficult if you’re pulling a camper. But we had no traffic incidents on the trip and very little rain.

We camped first in west Montreal and took a poorly-guided bus tour. We camped in Baie-Sainte-Catherine to watch the whales in Tadoussac on the St. Lawrence, and spent a couple days at a campground in West Quebec. We found Old Quebec City interesting and went to the part built above and behind historic fort walls there.

Just west of the city is the Park de la Montmorency waterfalls and park, where you can take a zip line from one side of the falls to the other or ride a cable car to the top.

If we visit eastern Canada again I think we’ll fly up, take a tent, and rent a car. The trip to and from there was all right but just too long for older folks. The pain of camping each night here and there made the trip tiring, the language problem persisted while there, and the 3,000 plus miles to and from was pretty exhausting.

Like most vacations it was interesting and it’s great to get away from home for a couple weeks but even nicer to get back to Knoxville without incident, sleep in our own bed and try to catch up on lawn care, our two cats, our sons and their families, and have three days to recover from a long trip.