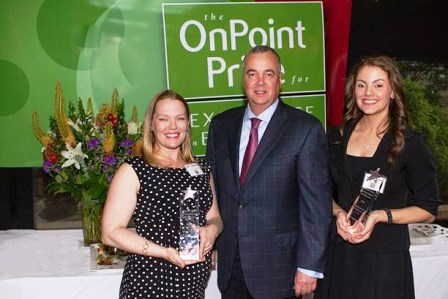 By Dr. Jim Ferguson
How did you become what you are? This may seem an enigmatic question, but it is at the heart of two human yearnings; namely, where did we come from and what is our purpose?

Philosophy, and considerations of Creation aside, it is obvious we come from our parents. They in turn are the progeny of their parents, and so on back until humans were created or began. We often see ourselves in our children just as we sometimes shudder to see aspects of our parents in us. Genetics is an awesome force, and DNA is the “language of God.” I now see aspects of my kids in my grandchildren. The newest addition to our Thistle Farm family is baby Sadie, who looks just like her equine mother.

The question of nature versus nurture continues. Does genetics determine our destiny or is the nurturing of parents, along with education and inculturation, more important? The African proverb, “It takes a village” speaks to this. Becky says, “It takes a family” to raise a child. Jean Jacque Rousseau was an eighteenth century philosopher who held that a utopian society could be produced by feeding and educating the masses. This proved wrong, though we still preach those failed philosophies.

Don’t get me wrong. I believe in education; I’m an educator at heart and realize it’s impossible to educate someone who’s hungry. My point is that utopia is a fallacy. Humans are not ready for its consideration. As we wait for a better world I’ll do my part and continue to teach my readers, my Sunday School class and my patients. After all, the word doctor derives from the Latin word docere which means to teach.

William Wordsworth once penned, “The child is father of the man.” My sixth grade teacher tried to convince our class of the educational merits of poetry by making us memorize poems and recite them before the class. I viewed her efforts as a form of emotional “terrorism,” though, at twelve years old I’d never heard of the word terrorism. She must have influenced me because I now love poetry. Perhaps the English majors at Yale who are boycotting Shakespeare, Wordsworth and other luminaries because they are “dead white guys,” should step back and consider how ignorant and intolerant are their demands.

My daughter Emily is a teacher of language arts at a middle school in Portland, Oregon. She is also a writer of prose and songs and poems. She was recently selected as the Educator of the Year in Oregon and southwest Washington! This week The Focus is pleased to recognize Emily’s stellar achievement which I see as a career acknowledgement of her professionalism and energy in educating kids. Emily has also written for The Focus so it’s good to recognize one of ours who has done well.

This brings me back to Wordsworth – I suspect you thought I’d forgotten and there was no connection. Our children learn from us, but we also learn from our children and even our grandchildren, who now teach me about trust, love and the wonders of discovery. In his poem, “My Heart Leaps Up,”  was Wordsworth, speaking of the cycle of life, as did Shakespeare who once observed, “Once a man, and twice a child”? Or was Wordsworth implying that the nascent writer in me was nurtured by watching my daughters grow up and reading Emily’s prose?

Most can remember a teacher who influenced them or made a difference in their life. I can. His name was Mr. Harden. He was my high school chemistry teacher. He taught me lessons that helped me to be successful in college chemistry and get into medical school. Some years ago, I sought out Mr. Harden, and expressed my gratitude and told him the difference he made in my life. Recently, two of my former students contacted me to say what a difference I made in their medical training and life. Emily is making a difference. Someday a student or even her daughter may say what a difference she made in their journey. These accolades are superior  to any formal award – though it’s good when your efforts are noticed and especially when the reward is mortgage payments for a year!

Becky and I recently toured the Hermitage in Nashville. We were already in Nashville and decided to see Andrew Jackson’s home and farm after all the recent, ridiculous, revisionist history that deigns to judge a man of the 1830s by the intolerant standards of modern day politically correctness. Yes, Andy Jackson was tough as “Hickory.” A far cry from “pajama boy” who requires “safe zones” in case he hears something that makes him feel uncomfortable.

The word Hermitage means a remote dwelling. The rural farm’s grounds were beautiful and the tour was educational though it galled me that every station had references to slavery. I’m not prejudiced, and since Deuteronomy, I am not held responsible for the sins of my ancestors. The disingenuous and perpetual race-baiting politics of the Democrat Party sickens me. If you must, print a $25 note with Harriet Tubman, but don’t remove Andy Jackson (Tennessee’s first president) from the $20 bill in an attempt to rewrite history as done in George Orwell’s book, “1984.”

Knoxvillian, Cormac McCarthy, wrote “No Country for Old Men.” At the end, the sheriff and protagonist laments that the country has become too rough for an older man such as himself. Somedays I feel this way. I look out and I no longer recognize my country. Why would anyone choose to be a slave to the government? Excuses abound, but many apparently choose to live on the modern government plantation and be a slave to Washington masters.

However, hope returns with stories of work and achievement like my Emily’s and the lessons of trust and wonder and love my grandchildren teach me. And watching our foal, baby Sadie discover her “brave new world” gives me a sense of renewal.

The historian and theist, Francis Schaeffer wrote, “How Then Should We Live.” His title comes from the prophet Ezekiel. I was intrigued that the book’s title had no question mark despite the implied interrogative. Schaeffer has reassuring conclusions for our troubled times. He advises us to embrace the wisdom and truth of the Bible. We should pray for the confused and lost, even for politicians. We must speak the truth and we must remember God is with us always.