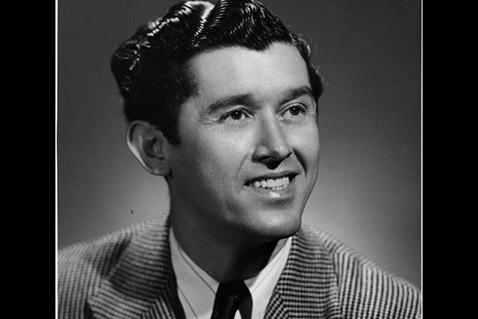 Much as it will surprise many readers, there was a time – – –  a very long time indeed – – – when Tennessee was almost entirely a one-party state.  Elections were decided inside the Democratic primaries.  The highest office any Republican to could really aspire to with any expectation of reaching it was the U. S. House of Representatives, as the First and Second Congressional Districts in East Tennessee remained reliably in the hands of the GOP.  In Middle Tennessee Republicans were as rare as unicorns and in West Tennessee only slightly less so.  There were rare occasions when a Republican had come along and managed to win a two-year term as governor, usually when the Democratic Party had torn itself asunder in some brutal fight.  That had happened in 1910 when the Democratic Party in Tennessee had split into two factions; the “Independent” Democrats allied themselves with the Republicans and Ben W. Hooper was elected governor twice, winning statewide elections in 1910 and 1912.  The alliance referred to as the “Fusion” movement also elected both United States senators in the Tennessee General Assembly where Independent Democrats and Republicans combined to beat the regular Democratic nominees.  Yet both Luke Lea and John Knight Shields were Independent Democrats, not Republicans.

By 1914 Democrats had managed to cobble together both wings of their party to nominate and narrowly elect Tom C. Rye over Governor Ben W. Hooper, who was seeking a third two-year term.  1916 brought about the first popular election in Tennessee for the United States Senate.  Democrats held their primary a year in advance of the general election, largely to rid themselves of the incumbent, Luke Lea.  Lea had been the youngest member of the United States Senate when he was elected in 1911.  Handsome, charismatic, and a publishing magnate who owned the Nashville Tennessean, Lea also had a poor attendance record and could not help himself when it came to meddling in virtually every aspect of Tennessee politics.  Luke Lea was far more interested in what was going on, at least politically, in Tennessee than tending to his duties in Washington, D. C..  One unwritten rule of politics is any candidate or incumbent who continuously meddles in other people’s races or political affairs usually finds himself in a tough primary or general election race.  More often than not, the meddler will have plenty of free time to continue meddling, albeit out of office.  Luke Lea had made a plethora of political enemies who aligned together to defeat him inside the Democratic primary and the early primary election had allegedly been the brainchild of Congressman Cordell Hull, who loathed the senator.  Hull had once dismissed Lea as the “Ananias of Tennessee politics.”  For those less familiar with the Bible, Ananias was struck dead for having lied to God.  For the time, it was a mighty potent insult.  Lea was challenged by former governor Malcolm Rice Patterson, who had literally ignited the spark that had burned down the house of Democracy in Tennessee when he had pardoned his friend Colonel Duncan B. Cooper who had taken part in the murder of Edward Ward Carmack, who had been Patterson’s primary opponent in a very bitter campaign in 1908.  Patterson had also been an unabashed “wet” and drank that way as well.  Rumors swirled throughout Tennessee about Governor Patterson having been found drunk in a whorehouse.  By 1915, Patterson was now making a living as a speaker for temperance, or prohibition, on the evils of alcohol.  There were tens of thousands of people in Tennessee who doubted the genuineness of Patterson’s recent conversion.

Both Patterson and Lea were highly polarizing figures with numerous enemies.  The third entry in the 1915 Democratic primary for the United States Senate was Congressman Kenneth D. McKellar of Memphis.  McKellar ran as the “harmony” candidate, the one candidate all Democrats could support against the strongest candidates the Republicans could possibly field: former governor Ben W. Hooper.  The 1915 Democratic primary was the only popular election for the U. S. Senate which had a run-off provision.  McKellar won the first primary, followed closely by former governor Patterson.  Luke Lea ran third after McKellar had carried both East and West Tennessee in the first primary.  Lea did not even carry his own native Middle Tennessee in the first primary; Malcolm Patterson had won Middle Tennessee.  Patterson’s candidacy collapsed in the run-off primary a month after the first election, although the former governor campaigned hard.  Congressman McKellar carried all three grand divisions in the primary.  While Ben Hooper might very well have beaten either Luke Lea or Malcolm Patterson, McKellar easily won the 1916 general election with slightly more than 55% of the vote.

Republicans usually put up a sacrificial candidate for the United States Senate, but no member of the GOP had ever won election to the Senate from the Volunteer State.  Republicans nominated Knoxville Mayor James A. Fowler, a distinguished lawyer and former special assistant to the U. S. Attorney General, as the senatorial nominee in 1928, but he lost badly to McKellar.  The first real effort by Republicans in Tennessee to win a seat in the United States Senate since 1916 was in 1948 when former congressman Carroll Reece was the nominee.  A shaman would have certainly forecast all the signs pointed to a Republican victory, nationally and perhaps in Tennessee as well.  Harry Truman looked like a sure loser to New York governor Thomas E. Dewey in the general election.  In Tennessee, Democrats had just finished one of their more bitter primary campaigns in the state’s history.  The Crump machine had taken a walloping following Ed Crump’s biggest political mistake of having dumped Senator Tom Stewart for the Democratic senatorial nomination.  Crump probably thought without his blessing Stewart would merely meekly withdraw and retire, but the senator issued an emotional and fiery blast at the Memphis Boss and ran anyway.  Crump’s candidate, an obscure Circuit Court judge from Cookeville, ran a poor third.  What Crump’s mistake accomplished was the nomination of Chattanooga Congressman Estes Kefauver who won the Democratic primary with a plurality.  The two candidates supported by the McKellar – Crump axis had lost the Democratic primaries.

The Republicans had also nominated what appeared to be two very strong candidates to head their ticket; Carroll Reece had been in Congress twenty-six out of the last twenty-right years, voluntarily retiring to become chairman of the Republican National Committee in 1946.  Reece had presided over the greatest victory seen by Republicans since the age of Franklin D. Roosevelt and the New Deal had begun, winning back both houses of Congress.  Governor Dewey had nudged Reece out of the Tennessean’s perch at the National Committee in favor of his own appointee and the former congressman, thinking the circumstances boded well for Republicans, had come home to Tennessee to run for the United States Senate. Tennessee Republicans had also nominated a strong candidate for governor, albeit an unusual one.  Roy Acuff was widely known as a performer on the radio (the biggest medium in private homes at the time), in motion pictures and at the Grand Ol’ Opry.  No candidate could have possibly had the name recognition Roy Acuff brought to the statewide ticket.

The Reece – Acuff ticket campaigned energetically across the state and drew enormous crowds in the thousands everywhere they went.  Reece would do most of the speech-making while Roy Acuff and his Smoky Mountain Boys did the entertaining.  The size of the crowds was a source of constant irritation and worry to Tennessee Democrats and the newspaper supporters of the ticket.  Kefauver and his running mate, former governor Gordon Browning, who was making a political comeback, took no chances and campaigned hard in the general election.

As September began to wane, speculation centered once more again on Ed Crump and his domain of Memphis.  The Boss had said nothing about supporting either the national or state ticket and many Tennessee Republicans, including Carroll Reece, thought there was a good chance Crump might bolt the Democratic ticket.  Reporters began asking Crump what he intended to do in the fall and the Memphis Boss refused to answer.  Fred Hixson, political reporter for the Chattanooga Daily Times, picked up the telephone and called Crump in Memphis.  Hixson wrote the Memphis Boss was “noncommittal on questions pertaining to Democratic nominees” while “his voice was pleasant as he spoke about some of the Republicans nominees.”  Fred Hixson wrote there “was ample evidence in the tone of the voice and in his response to questions that he is still smarting under the lashing dealt his organization in the Democratic primary by Estes Kefauver and Gordon Browning.”  Hixson noted Crump pointedly refused to give any “assurance of any character” Kefauver and Browning could “depend upon his support in November.”  When asked directly if he would back the Democratic state ticket in the general election, the Memphis Boss merely murmured, “We are keeping our mind pleasantly blank.”

Hixson observed the persistent rumors, which he carefully noted had yet to be confirmed in any way, “the Crump forces will join the Republicans in the state elections and possibly the national election, too.”  Fred Hixson wrote, with great understatement, “Such a blow in West Tennessee could be serious to Democratic aspirations.”  “What makes these reports more impressive is the fact that Crump himself will not deny them,” Hixson reported.

“We are just not worrying about politics, about finances – – – about anything” Crump chortled to Hixson.  “I was worried for awhile about the Leaning Tower of Pisa.  You know, it has shifted several inches since I was there (1933).  But the other day I read in a newspaper that engineers said it was good for 400 more years and I am not worried about it any more.”

The Memphis Boss told Fred Hixson no Republican had carried Shelby County since William McKinley in 1900, yet Crump added Herbert Hoover “all but carried it” in the 1928 general election.  Crump pointed out he had supported the Democratic presidential nominee, Alfred E. Smith, against Hoover that year.  When asked if he would support the Truman – Barkley ticket, the Memphis Boss replied, “We just have no comment to make.”  When Hixson asked the same question a different way and asked if Crump would vote for Truman, the Memphis Boss snapped, “Are you using a gimlet or an augur?”  Crump punctuated his comment with “a few hearty guffaws.”

Hixson reminded Crump Drew Pearson had reported on the August 8th edition of his weekly radio broadcast the columnist’s prediction the Memphis Boss would support Carroll Reece to beat Kefauver in the general election.  Crump dismissed Pearson’s prediction by pointing out the news columnist had no “veracity.”  Crump speculated the Shelby County political organization would “probably” go along with the regular Democratic nominees, although he pointed out the recent Reece – Acuff rally in Memphis was the largest crowd ever to attend a political event in the Bluff City.  Crump said he was not in attendance “but several who did came by here and told me about it.”  Crump told Hixson, “You are the fifth man to call me over the state today” but the Memphis Boss said nothing about the content of the conversations.  The only real information Hixson gleaned was Crump was waiting to see if the backers of Estes Kefauver, who had received a surprisingly large vote in Shelby County, intended to challenge the Shelby County machine’s candidates for the state legislature.  That alone was a subtle warning to the Boss’s opponents inside his own domain.

Asked if either Gordon Browning or Estes Kefauver had paid a call on him, Ed Crump replied, Kefauver “came down here and called Cliff Davis (the congressman from Shelby County) and he was out of town.”  Crump mentioned he had heard Kefauver had “a big write-up in Colliers Magazine all about his victory.”  Hixson wondered who had written the article and Crump shot back, “Kefauver did, so I heard.”

Beaten in the recent primary election, E. H. Crump was clearly savoring his position as the general election approached.