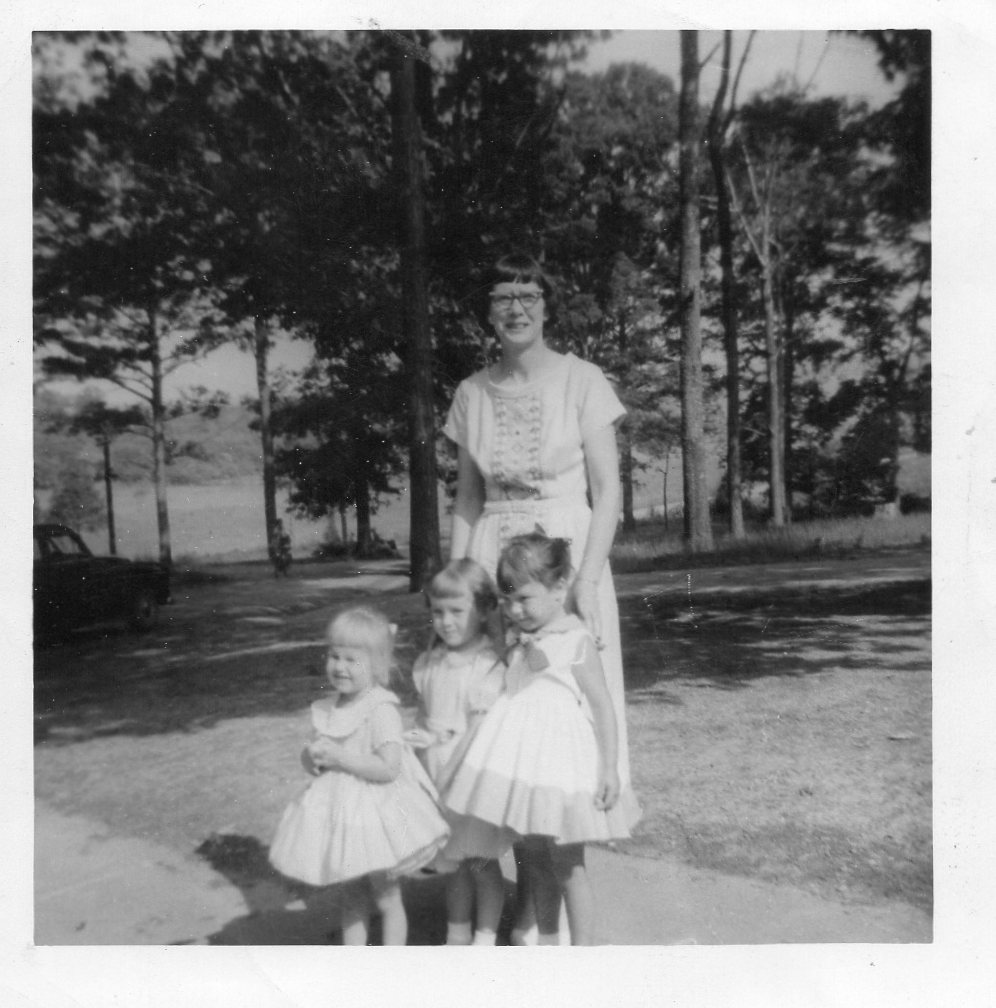 I was too young to remember the occasion, but a rare black and white photo captured the special day.  Upcoming freshmen Dorothy Stormer, Wanda Shaver, and Georgia Ann Major brought their young nieces to school with them on the last day.  The nieces had not yet started school.

Karen Shelby was a year behind me at Gibbs.  Both of us played clarinet in the Gibbs High School Band.  I vaguely remember that Karen suffered loss at a young age when she lost her mother.  Karen was only eight years old at the time.  Karen Shelby Conard enjoyed a long career with the City of Knoxville.  Unfortunately, our paths did not cross during the brief time I worked for the City of Knoxville.  Karen has two children and three grandchildren.

Sherry Lynn Stormer lived in LaFollette, Tennessee.  Sadly, her young life was tragically taken in a car accident in September 1966.  She was only 12 years old.  Sherry Lynn had already become an outstanding twirler.  A pair of crossed batons are engraved on her pink granite tombstone.  I remember going to her funeral.  Years later, I often thought of the talented twirler during my senior year of high school when I was a member of the majorette squad.