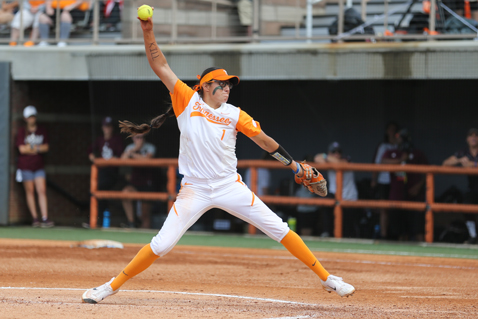 I have taken a closer look at Tennessee team performances for men and women on the SEC and NCAA levels during the 2016-17 school year. From an overall standpoint, it’s not a pretty sight.

In 2009, UT put men’s and women’s cross country and track into one program, which is currently directed by Beth Alford-Sullivan. That combined arrangement certainly didn’t produce quality team results this past school year.

In men’s cross country, Tennessee finished ninth in the SEC meet and 10th in the NCAA South Regional.

Super sprinter Christian Coleman’s efforts masked Tennessee’s overall team deficiencies in indoor and outdoor track on the conference and national levels. His victories in the NCAA Indoor 60-meter and 200 dashes accounted for all 20 of the Vols’ points as they tied for 10th place in team scoring.

Tennessee’s men came in 10th in the SEC Indoor meet and tied for ninth in the SEC Outdoor meet. Thanks to Coleman, the Vols tied for seventh in the NCAA Outdoor meet, as his wins in the 100 and 200 dashes once again produced all 20 of the Vols’ points.

Elsewhere around Big Orange Country, Butch Jones’ football Vols were 4-4 in conference play, 9-4 overall and ranked No. 22 in the national poll after their 38-24 win over Nebraska in the Music City Bowl. By Tennessee standards over the past 25 years, it was a so-so showing magnified by high preseason expectations.

Rick Barnes has yet to do anything special in basketball, although almost beating North Carolina in Chapel Hill was encouraging. In his second season at Tennessee, his team was 16-16 overall and finished 8-10 to tie for ninth in the SEC regular season standings. In the tournament sport that basketball is, Barnes’ Vols haven’t played beyond the SEC tourney.

In golf, coached by Jim Kelson, the Vols placed 13th in the SEC Championships. Tennessee was 34 over par after three rounds. At that point, Vanderbilt was in first place and 11 under par. Kelson took over the Tennessee program in 1998. In 19 seasons, he has guided the Vols to one SEC title (2007) and seven trips to the NCAA Championship tournament. He has had one player make the PGA tour.

The Vols’ tennis team, a national power not too many years ago, finished 3-9 in the conference and 13-14 overall this past spring. They were ousted by Texas A&M in the quarterfinal round of the SEC tourney.

The baseball Vols failed to finish in the top 12 of the SEC standings, which left them out of the conference tournament again. They were 7-21 in regular season SEC games and just over the .500 mark (27-25) overall.

The UT women’s sports teams fared much better overall than the guys in 2016-17.  In fact, I gave the Lady Vols – and they’ll always be the Lady Vols in my grade book – a “B” in softball. Co-head coaches Ralph and Karen Weekly guided their team to a 48-12 overall record and a 16-7 worksheet in tough SEC play. This is the best program going on the UT campus right now – men or women – but despite their success, the Lady Vols’ season didn’t end liked they had hoped.

UT, which hosted the SEC tourney, was ousted by LSU 6-2 in the quarterfinals in front of a record 2,448 fans at Sherri Parker Lee Stadium. The Lady Vols bounced back to win their NCAA regional, but lost two of three to visiting Texas A&M in the Super Regional to fall short of a trip to Oklahoma City and the national tournament. They ended up with a No. 11 national ranking.

The women’s swimming and diving team placed fourth in the SEC Championships and 22nd in the NCAA meet. These aren’t sparkling numbers, but they show promise.

Lady Vols basketball under Holly Warlick continued to be a hard-to-figure program. It was 20-12 overall and 10-6 in the SEC – good enough for other programs, but this is a program that once was the best of all.

Talk about scratching your head – the Lady Vols fell to Alabama 72-64 in the second round of the SEC tournament after upsetting Mississippi State 82-64 in Starkville in the regular season finale. State went on to finish as the national runner-up to South Carolina. UT beat Dayton in the NCAA tourney, but lost at Louisville 75-64 in the second round.

Warlick has brought in the nation’s No. 1 recruiting class, and hopefully this addition will eventually help get the program back to the Final Four and contending for a national title.

Coach Brian Pensky’s soccer team was 11-9-1 and 5-5-1 in the conference. Tennessee beat Ole Miss in the SEC tourney, and then lost to Auburn 3-1 in the quarterfinals. Auburn, by the way, made a good showing in the NCAA tournament and finished with a No. 8 national ranking. South Carolina had an even stronger run in the nationals and was ranked No. 5. It’s good to see SEC teams in this sport do so well on the national scene.

Coach Judi Pavon’s golf team was seventh in the SEC meet and eighth in the NCAA regional, missing the six-team cutoff, but her program has made 10 NCAA Championship appearances in the last 14 years.

The volleyball program has been wobbling. The Lady Vols posted a 17-14 record and tied for seventh place in the SEC last season. Rob Patrick, in his 21st year as head coach, recently notched his 400th career win at Tennessee. Patrick’s 2011 squad captured the SEC title, but UT had back-to-back 13th place finishes in 2013 and 2014 and tied for eighth place in 2015. His Lady Vols took third place in the NCAA tournament in 2005, but have not returned to the tourney since 2012.

We live in a great part of the country for rowing, but I still can’t get used to Tennessee competing in the Big 12 Conference Championships in this sport. The event was held on beautiful Melton Hill Lake outside of Oak Ridge. Texas finished first, Oklahoma second, UT third and Alabama fourth.

The Tennessee women finished last in the SEC Cross Country meet and were 12th in the SEC Indoor. They did not have a team score in the NCAA Indoor. In the outdoor season, the Lady Vols finished 11th in the SEC meet and scored two points to tie for 62nd place in the NCAA meet. Those numbers speak for themselves.