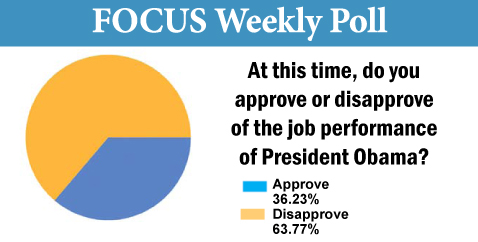 This week’s Knoxville Focus poll asked likely voters the question, “At this time, do you approve or disapprove of the job performance of President Obama?”

Almost 64% of respondents disapprove of the President’s job performance.

Voters in the Ninth District, which is South Knoxville, were evenly divided, 50% – 50%.

The recent scandals seem not to have affected opinion significantly, as Obama lost Knox County during the last election by a wide margin.