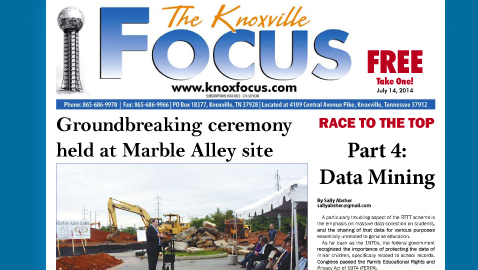 A particularly troubling aspect of the RTTT scheme is the emphasis on massive data-collection on students, and the sharing of that data for various purposes essentially unrelated to genuine education.

As far back as the 1970s, the federal government recognized the importance of protecting the data of minor children, specifically related to school records. Congress passed the Family Educational Rights and Privacy Act of 1974 (FERPA).

But in December 2011, the U.S. Department of Education changed the regulations governing the release of student data to the private sector, without Congressional authorization.

The new regulations allow third-parties to access confidential information about students, without first obtaining parental consent. Most parents are not aware of this change.

In January 2012, the Department of Education and the federal Office of Science and Technology Policy created the Education Data Initiative.

According to the Electronic Privacy Information Center , “The Education Data Initiative reflects a growing trend with student data: government agencies are taking personal information that students are required to provide, skirting federal regulations, and turning student data over to the private sector with few, if any, safeguards for privacy and security.”

One of the five requirements of the Race to the Top (RTTT) initiative was that each state would establish a “state longitudinal data base.”

Local education officials maintain legal control over their student’s information. But federal law allows them to share files in their portion of the database with private companies selling educational products and services.

While inBloom denied there were data security issues, its own privacy policy stated that it “cannot guarantee the security of the information stored … or that the information will not be intercepted when it is being transmitted.”

Stephanie Simon wrote for Politico, “The billionaire ed reformers assumed parents would support their vision: to mine vast quantities of data for insights into what’s working, and what’s not, for individual students and for the education system as a whole.”

That assumption was wrong.

In April, inBloom announced they were shutting down permanently.

A victory? Perhaps. But if inBloom won’t be using the massive amounts of student data collected, who will?

There is no shortage of data to collect. In addition to yearly achievement assessments, students are tested, assessed, measured, evaluated, and surveyed on a continual basis throughout the year.

Knox County elementary students lost all or part of 16 days of school last fall due to standardized tests of one form or another. And that does not count time spent on test preparation and test practice.

But it could get worse. In 2013 the Department of Education published a draft document titled, “Promoting Grit, Tenacity, and Perseverance: Critical Factors for Success in the 21st Century.”

The report suggests that education must instill the qualities of grit, tenacity, and perseverance in students, and that their presence or absence must be measured.

A child’s physiological reactions to stimuli such as stress, anxiety, or frustration could be measured through posture analysis, skin-conductance sensors, EEG brain-wave patterns, and eye-tracking. (pg. 41-45). Are we training lab rats,  or educating children?

Another 2013 Department of Education report, “Expanding Evidence Approaches for Learning in a Digital World,” focuses on the enormous goldmine of student data that will result from digital-learning technologies and digital assessment.

It seems the Department of Education is in the business of generating data, rather than educating children.

U. S. Secretary of Education Arne Duncan said, “We want to see more states build comprehensive systems that track students from pre-K through college and then link school data to workforce data.”

“We want to know whether Johnny participated in an early learning program and then completed college on time and whether those things have any bearing on his earnings as an adult.”

The national assessment consortia PARCC and Smarter Balanced signed an agreement with the Department of Education that allows access to all student-level data the consortium gets through the testing.

This access is allowed “on an ongoing basis” for purposes including undefined “research.” Parents won’t even know it is happening.

The federal government is also encouraging widespread sharing of student data within states, such as with departments of labor, public health, corrections, etc.

Should the State know everything there is to know about a student, so that he can be better directed toward his proper slot in the economic machine?

In 1934, the Carnegie Corporation said we are going to use the schools to change the US from a free market system to a planned economy. In a planned economy, the administration chooses at an early age what your child will do all throughout their lives.

Is this what Knox County – or Tennessee – wants?