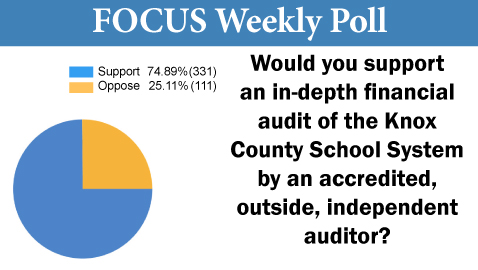 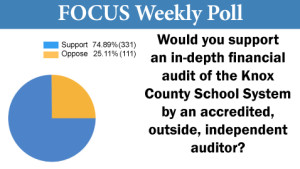 This week’s Knoxville Focus poll asked the question, “Would you support an in-depth financial audit of the Knox County School System by an accredited, outside, independent auditor?”

442 Knox County voters responded and quite nearly 75% of those polled answered in the affirmative. Only a quarter of those polled said they would not support an independent audit.

The Fourth and Fifth Districts saw the least support for an independent audit, yet almost 70% of voters in the Fourth District favored the idea, while just over 66% in the Fifth liked the notion.