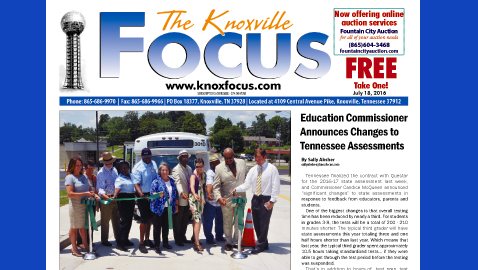 The short street is getting a new concrete roadway, sidewalks, security cameras, and new and larger bus shelters.  Three bus routes make connections there and, at the stop, bus riders can make transfers to travel to Walmart or Knoxville Center Mall.

Superstops began in 2010 with the idea of comfortable and convenient stops sheltered from the weather. Currently there are similar stops in North Knoxville at Fountain City and on Walbrook Drive in West Knoxville. A Superstop is also being planned for West Knoxville.

The Kirkwood Street stop officially opened  as part of KAT’s “Try Transit” week which featured a bus ride with Mayor Madeline Rogero and council members, rides for Neighborhood Associations and a Free Friday on all city buses.